We start with the assumption that by default, a LED shining inside a piece of acrylic will only illuminate in the direction it is pointed. 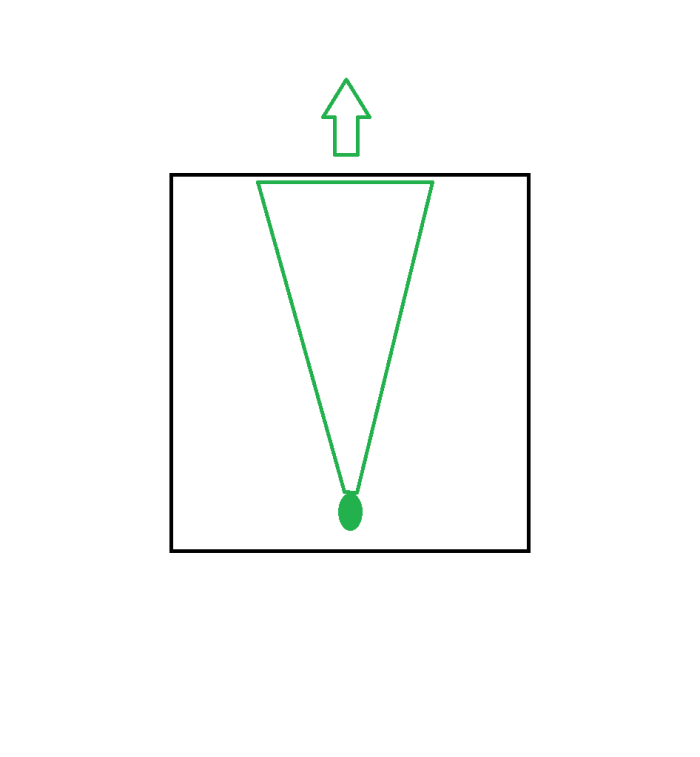 Our ideal goal is to determine how to direct this light so it illuminates all the edges of the acrylic sheet, not just the direction of the LED face.

I 3D printed a small test fixture for these experiments. It has space for a 75mm x 75mm test piece of acrylic and a LED that pokes up in the middle of that space. There’s a 10mm wide border around the test piece so I can observe the pattern of illumination beyond the edge. At the outside edge of the border, a wall to observe the intensity of illumination beyond the edge. A piece of black tape covers the direction of the viewer so the LED doesn’t overwhelm the rest of the observation. A piece of aluminum foil lines the bottom of the test fixture to reflect any light back into the acrylic.

The fixture lights up as expected in the absence of any acrylic.

These two experiments tested cutting grooves in the acrylic. One set had straight grooves, a second set curved. They were successful in breaking up the center top hot spot, sending some of that light elsewhere. But the light seems too concentrated on the bottom third. 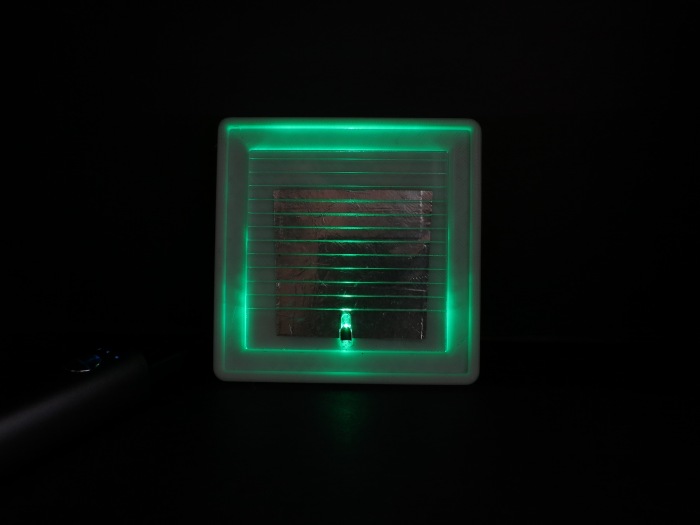 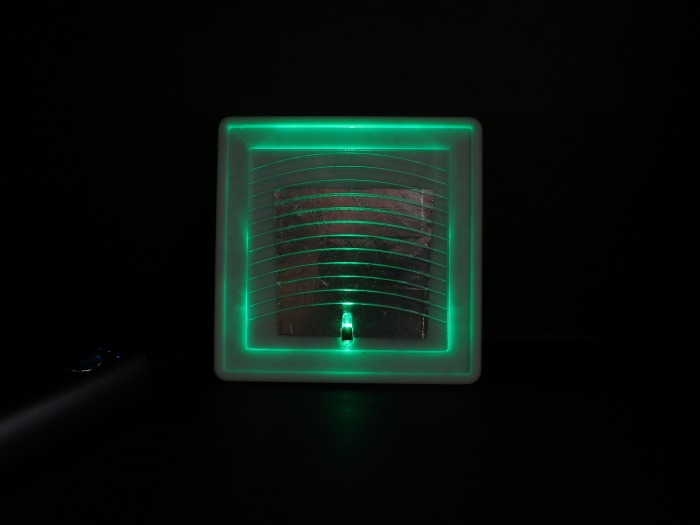 Instead of cutting grooves, this piece tested cutting entirely through the acrylic. The circular shape does seem to disperse the light fairly well. 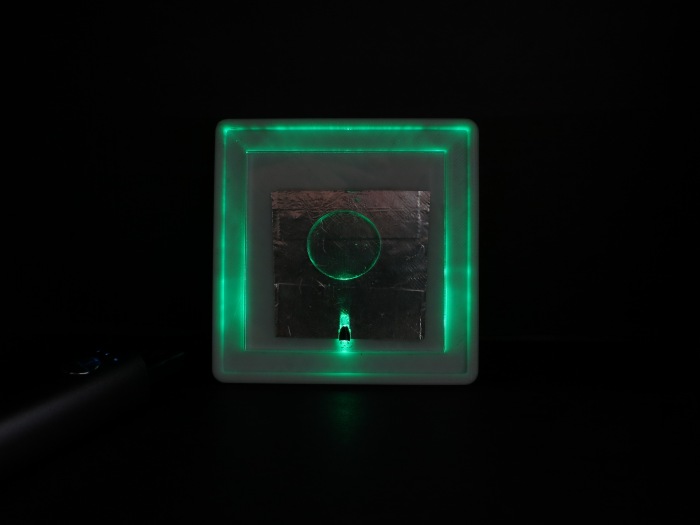 These were interesting, but the most surprising result came from a test piece of acrylic with nothing cut in the middle. I had expected the light pattern to resemble the triangular hot spot of the LED by itself without any acrylic, but we got this:

It has the same basic trend of the other light patterns in this set of experiments, which tells us the majority of the light scattering is not done by the curved/straight grooves or the circle. The feature with the largest impact is actually the small cavity surrounding the LED itself.

The fixture has been informative, but it has one problem: it is difficult to make comparisons between different test acrylic pieces. Before proceeding with investigation, the test fixture will be expanded so there are two test pieces side by side for comparison.