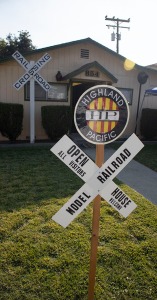 Highland Park Society of Model Railroad Engineers is my local railroad club. I appreciate the detailed work that goes into a model railroad layout but I haven’t decided to spend the time and money required to do a good job at it myself. Still, when they hold an open house, I go and admire the work they’ve put in. This is a train layout that has been worked on by club members for most of the last seven decades!

The club house appears to be literally a house – a former residential building that has now been completely taken over by the club. Roughly half of the available square footage inside are train tracks, with the remainder used for support equipment, workshops, and general club space.

“Does your train of thought have a caboose?” Generally speaking… mine do not.

The general theme is 1940s-1950s America, conveniently covering the final transition period from steam locomotives to modern diesel electric and all electric trains. Since this club is in the Los Angeles area, there are trains inspired by local history, like some Red Cars.

A scratch built reproduction of Angel’s Flight climbs the side of a mountain rather being in the middle of a city like the real thing.

A steam locomotive was set up as if it’s on museum display. 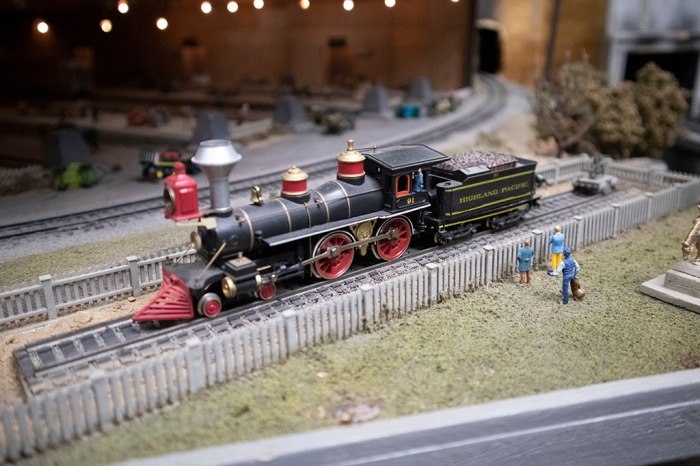 And behind the museum piece, an impressive train station. 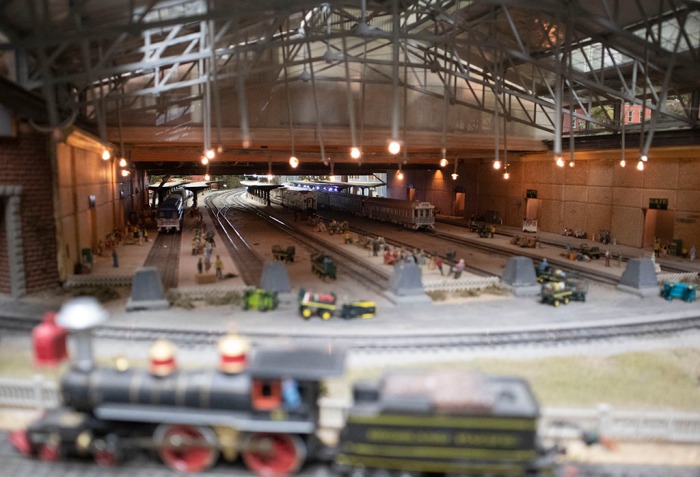 One of several train yards in the layout, anchored by a big turntable.

Another train yard featured a group of train enthusiasts taking pictures. I wonder if the figurines are modeled after specific members of the club who would go on such trips.

Many little towns dot the layout.

Some of the town buildings have storefronts inside.

This bridge painting crew is having a bad day.

Locomotives running on the layout are under command of train engineers at these stations, coordinated by a dispatcher. 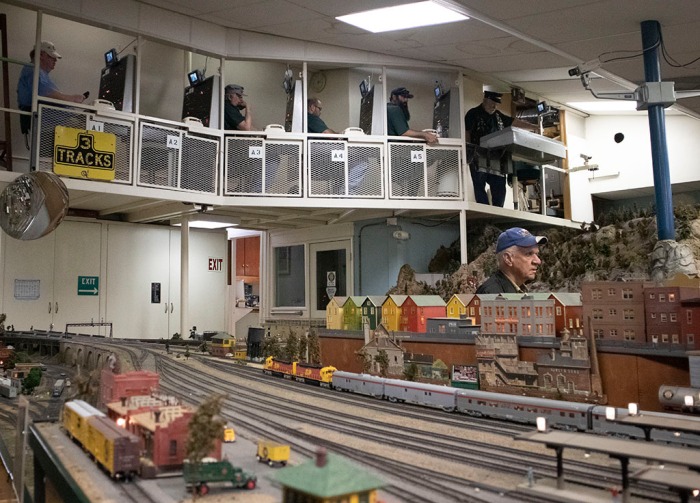 Behind the scenes, a massive panel of relays manage the layout.

Wire-wrapping was already a technology on its way out when I started learning electronics, but given the age of the club, it’s not surprising that some wire wrapping is still present. 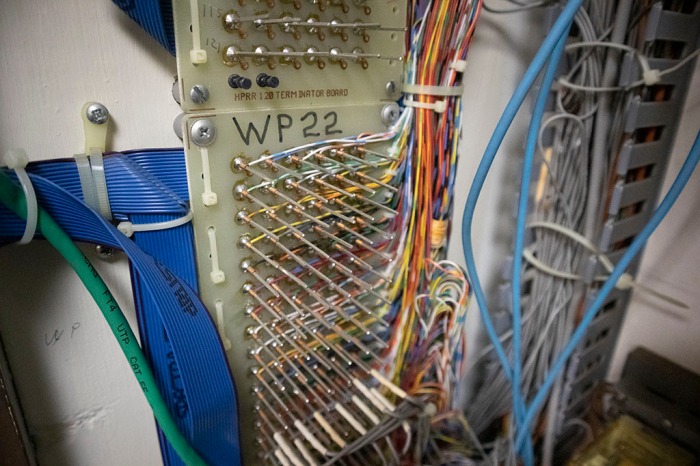 The power conversion and distribution panel.

Venturing underneath the train tracks is not for the faint of heart or the easily confused, but it’s far more spacious and less cluttered than I had expected. 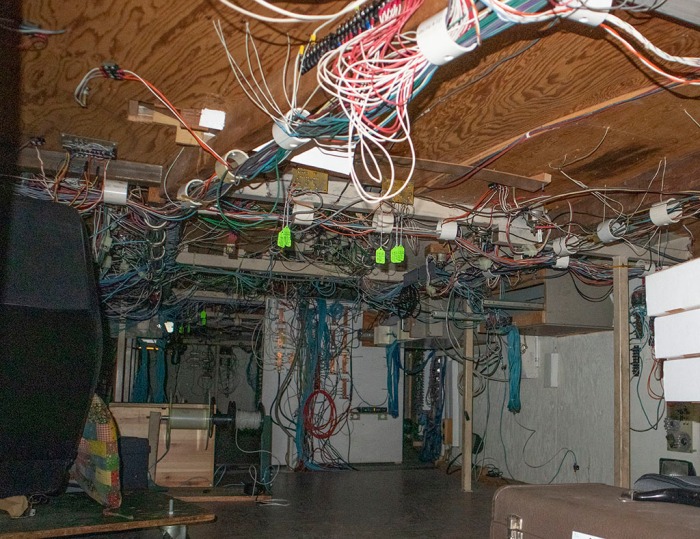 One of the many objectives of the open house is to recruit new members to the club. While I’m very appreciate the work, I think I’ll stick with software and robots rather than get into model trains.

Still, I’ll probably stop by on the next open house.