As a change of pace from tearing down consumer electronics, today’s teardown is a simple single-pole, single-throw household light switch. This specific switch has been in service for many years and failed with the following symptoms: mechanically, the switch now moves freely without the tactile feedback it formerly had. Electrically, the switch is always closed leaving the attached ceiling light fixture illuminated. These switches are simple and failures are rare, so it was interesting to find out what the weakest point was in such a simple thing.

The top mounting bracket appears to be made from stamped sheet metal, and held to its body with a few bent metal fingers. A pair of pliers released those fingers and we could see the next layer. 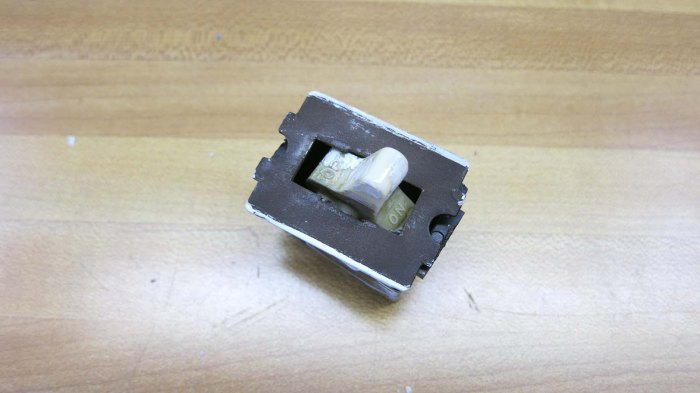 We see a sheet of something that feels like paper. The most obvious purpose is for electrical insulation, but it may have some fire resistant properties as well. This sheet was easily removed. 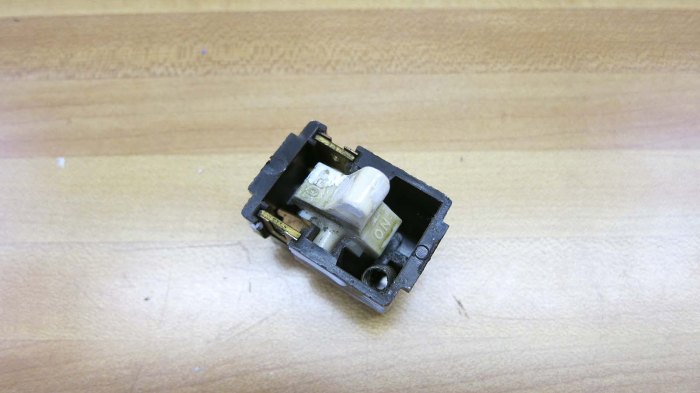 As soon as that sheet was removed, we had our first hint: a loose spring sitting in the lower left corner which probably should be sitting somewhere else. 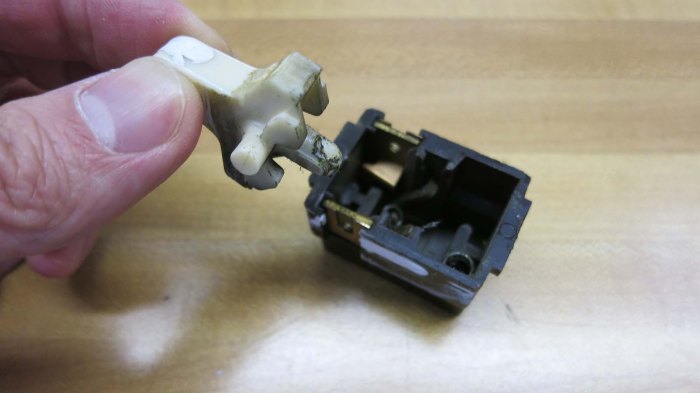 Lifting the switch lever showed us the nub that used to be that spring’s home. The spring served as an elastic connector between the the plastic lever flipped by the user and the metal contact beneath which closes the electrical connection. When the spring broke, there is no longer any physical connection between these two parts, and the metal contact stayed closed due to gravity. 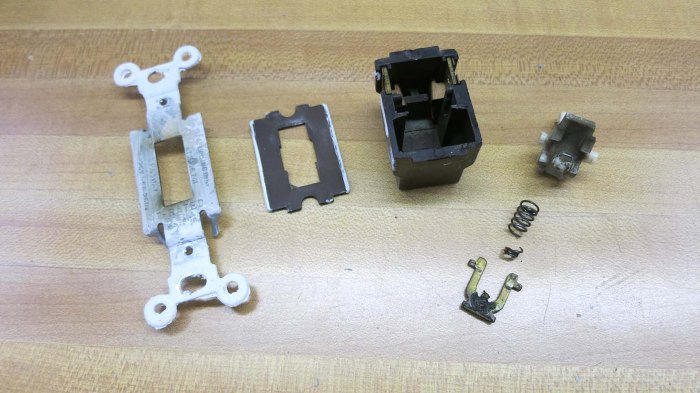 The spring broke off leaving approximately 2mm on the swinging metal contact. There’s a chance that, if we removed the small tail, we could reassemble the switch and it will work again. However, by this time a replacement had already been purchased from the local Home Depot for $0.88 USD and installed. The replacement is not exactly identical due to literal decades separating them, but the basic principles are the same. It’s amazing all of the following could be manufactured, built, shipped and stocked locally for retail sales all for just $0.88.