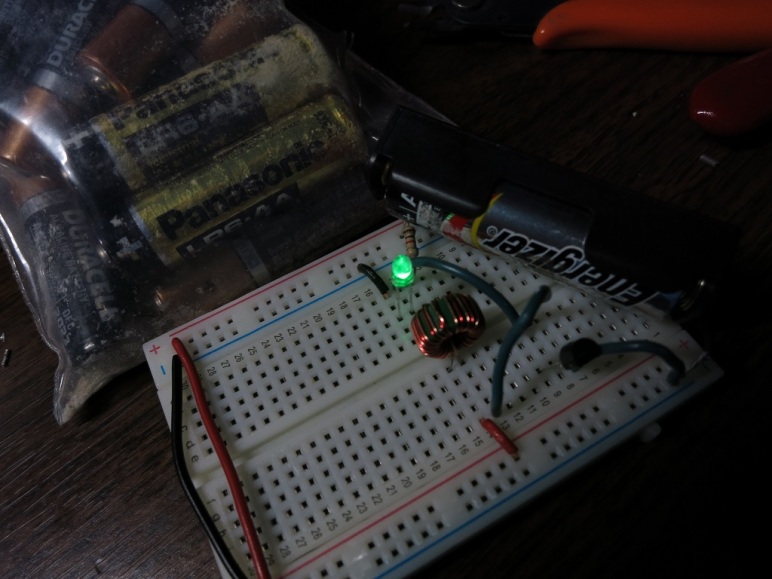 One of my early memories as a little kid playing with my battery-powered toys was the realization that battery exhaustion is not an absolute thing. A set of AA batteries that could no longer run a motorized toy aren’t completely useless – they could be installed in an electronic toy and make that light and beep. I turned it into a little game for myself: swapping batteries around trying to figure out which tired worn batteries would work in which toys.

A well-meaning adult saw this activity and thought they saw a poor child frustrated by dying batteries. He or she (I have no memory of the person, only their action) tried to help by taking away the worn batteries and giving me a fresh pack of AAs. They were understandably confused when their well-intended kindness were rewarded by an upset toddler in tears.

Many years later I would learn how electric motors demand more current than microprocessors along with their effect on battery power output, thus explaining my childhood observation. I understand what’s going on now, but I still try to pull every bit of power out of a non-rechargeable battery before they are disposed.

Which is why my eyes lit up when I learned of a circuit that can power a LED from a “dead” battery. Wikipedia says the official description is “Armstrong self-oscillating voltage booster” but it’s filed under “Joule Thief“, the pun name that I usually see.

This type of electronics projects venture beyond the digital world I’m familiar with. There’s no voltage representing 1 and 0, instead it works with voltage that oscillates. Specifically, I’ve never worked with the fields generated by wires coiled around a toroid core. The first few attempts – using either hand wound coils or savaged from electronics – failed. And I didn’t understand enough to diagnose if it’s the coil or the circuit.

This time around, I took a shortcut: I bought a pack of coils (*) with customer comments that confirm they can be used for building Joule Thieves. This way, if the circuit didn’t work, I knew it was my fault and not the coil. And indeed, the first few attempts failed because the coil was not correctly connected to the rest of the circuit. (The key phrase I missed in the Wikipedia article: “the two windings are connected in opposing directions”.)

Attached is the picture of the first iteration that actually worked, powered by a “dead” AA battery. This circuit is unnecessarily complex because I had been moving parts and wires, around trying to understand where I made my mistake. But now that I have a working Joule Thief I can start simplifying and make a more compact version.