Making parts around the clock for Sawppy was a stressful tour of duty for my 3D printers. Yesterday I described how my Monoprice Maker Ultimate burned out its relay, the second one since I bought the printer. Fixing it and bringing it back online gave me two printers… until the Monoprice Maker Select started smelling like overstressed electronics upon print bed warmup.

My first round with this product ended with a room filled with smoke. Back then I didn’t know enough about printer internals to diagnose what went wrong, I just sent the whole thing back on the generous Monoprice warranty. (For store credit that I used towards the Ultimate.) This time around I know a bit more, enough to understand what people are talking about on the forums. The controller board on these machines have some noted weaknesses and smokey smell is the least of my worries. This problem needs to be addressed before something really bad happens.

The easiest thing is to send it back to Monoprice for another replacement, but we’re not going to do that this time. I bought this open-box unit with the expectation I’ll use it to learn more about 3D printer internals, so let’s start hacking away and do a brain transplant instead.

I could replace the brain with an identical unit, but based on the internet forum information, the problem is a design weakness of the board itself which means I’m likely to end up with the same problem again. It was certainly the case with my Maker Ultimate relay problem, so let’s do something else.

On recommendation of a local 3D printing enthusiast (and enlisting his help in the upgrade process) I will try replacing this printer’s brain with a Panucatt Azteeg X5 Mini with SD2224 drivers based on Trinamic’s TMC2224 chip. There will be no control UI, I’m going to skip the Viki 2 LCD board as I plan to control the printer via OctoPrint.

Next step: test to see if Azteeg X5 Mini is compatible with the Maker Select chassis. 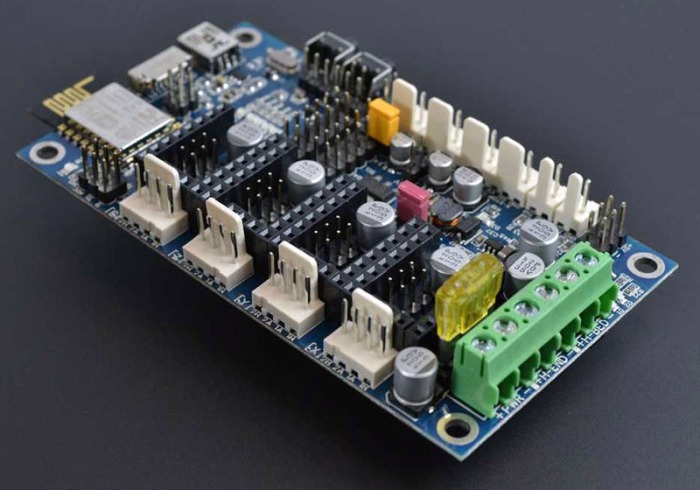