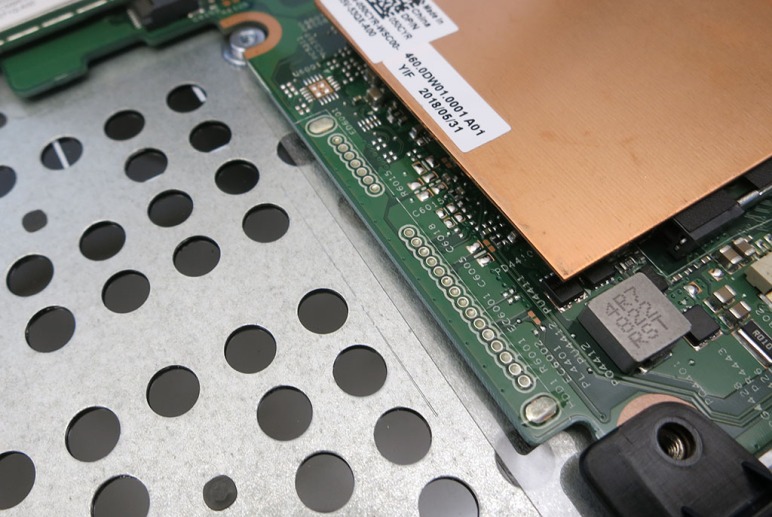 My Dell Inspiron 11 3000 (3180), super-discounted as part of Dell’s Labor Day sales, has arrived. It is a compact little machine very comparable to the old Acer Aspire 10 and Latitude X1 I already had on hand. Upon powering it up, I was treated to the familiar Windows 10 setup routine which I had to complete before I could get into Windows and poke around.

The biggest performance limitation is, no surprise, the modest processor. While it is faster than either of its compact predecessors, it falls short of what I expect for lightweight everyday computing needs. Earlier I had praised the Acer Aspire 10 for running Windows 10 but that’s because it was a computer from 2014. A computer from 2018 faces higher expectations. The saving grace here is that this chip is a 64-bit CPU and Dell had installed the 64-bit edition of Windows 10. This makes Windows Subsystem for Linux possible here, whereas it was not available to the other two machines and their 32-bit only processors.

The next limitation was also as expected from the specifications: its 32GB of eMMC storage. It is faster than microSD cards, USB flash drives, or spinning platter hard drives, but those are low bars to clear for modern solid state storage. That didn’t matter, though, as space rather than speed turned out to be the limiting factor. Dell shipped this machine with Windows 10 Fall 2017 edition instead of the expected Spring 2018 version. When I tried to update to Windows 10 Spring 2018, the upgrade process failed due to lack of space.

Well, I bought this machine expecting to put a SATA SSD inside, after the Dell service manual indicated this chassis had space for such a drive. That’s the main reason I gambled on this purchase. (Enabled by the other big reason: Dell always provide excellent service manuals.) 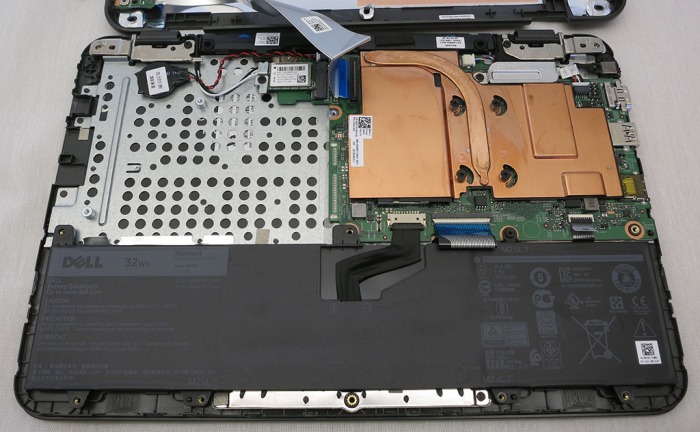 As soon as I opened it up I saw I had been foiled by cost-cutting. Yes, this chassis has empty physical volume for a standard 2.5″ laptop SSD, but the connectors are absent. Not just the physical brackets on the chassis, but also the electronic SATA and power port connector. On the system board for this machine, we can clearly see where a SATA connector was designed to go, but on this low-end budget Dell (unlike a higher-end model) they’ve skipped over the cost of not just the connector but also several electronics components nearby to support that connector.

If only the SATA connector was missing, I might boldly solder something together. But those un-populated component pads nearby tells me getting SATA online won’t be easy. Oh well, no SATA SSD for this guy! I knew it was a gamble, that’s why there were backup plans. Time to go back into Windows 10 and get ROS up and running in WSL. If that fails then I will contemplate erasing Windows 10 from the built-in 32GB eMMC storage in favor of Ubuntu.