I started this blog as a way to document my adventures exploring interesting technologies that I couldn’t find the time to do when engrossed in my previous job.  The general idea is that I could establish a track record of tackling technical challenges. Show that I could set a goal, quickly learn what I need to accomplish it, document the process, and move on to the next thing. One way for this journey to come to a satisfactory end would be if it lead to a new career tackling similar challenges to solve problems.

What would that career look like? That is still fuzzy. I am confident there will be a space in this economy for innovation and creative problem solving. Skills that span across intelligent software, electronics hardware, and mechanical fabrication. Los Angeles is home to enough industries, businesses (startups and established alike) that I expect to find something in due course.

One approach is to find people with similar skills and interests and see how they apply them to earn a living. And unfortunately, this is not commonly broadcast. I can understand the need to keep trade secrets and patents, but it is frustrating.

And then there are those who don’t broadcast their work because it is on the wrong side of the law. Drug smugglers employ much the same problem-solving mentality but apply them to the drug grade. I am not interested in joining that workforce, but I still admire what goes into these endeavors (as compiled by Business Insider). It would be better if there were legal and lucrative ways to apply such creativity, but money of the drug trade is a powerful draw. Smuggling is a constant game of cat-and-mouse as old as there’s been profit in moving contraband from seller to buyer, and there’s no reason to believe it will end anytime soon.

Here’s one of the more impressive efforts: a submarine built for drug smuggling that was only caught because of an onboard fire. Given that these aren’t exactly OSHA certified workplaces, it’s sobering to think about sister ships that might have succumbed to an unforgiving ocean. 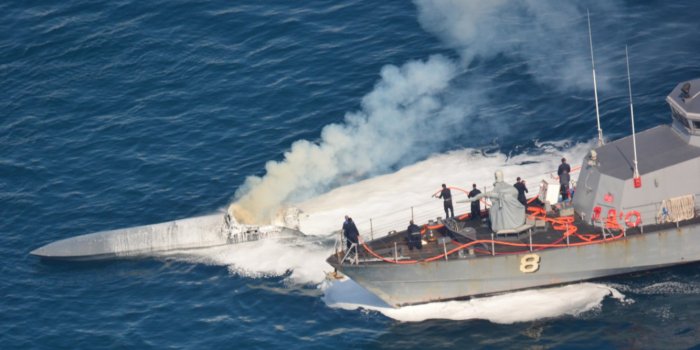 Not everything is so sophisticated. Some of the examples are pretty crude, others are ancient. I was especially amused by the catapult (I think it’s actually a trebuchet) used to fling drugs over a wall. It is a solution that dates back to medieval ages as a countermeasure to equally medieval era concept of a border wall.