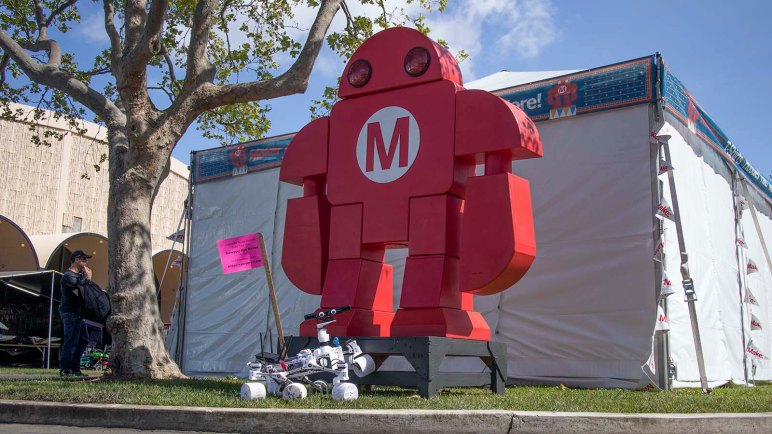 The mascot for Maker Faire is Makey the Robot. (Or possibly Mr. Makey to me…) As part of Sawppy’s Maker Faire experience, I wanted to make sure I got a good picture of Sawppy with Makey. I thought the mascot would surely be everywhere and it wouldn’t be hard to get a picture. The thought was not wrong… but finding one of the appropriate size and sitting in the right angle for sunlight and not otherwise swarmed with people proved to be a challenge.

The biggest and most promising Makey was a standing statue that [Emily] found and pointed out to me. Unfortunately the sunlight angle was not the best but we had fun with it. I started with an easy standard pose. 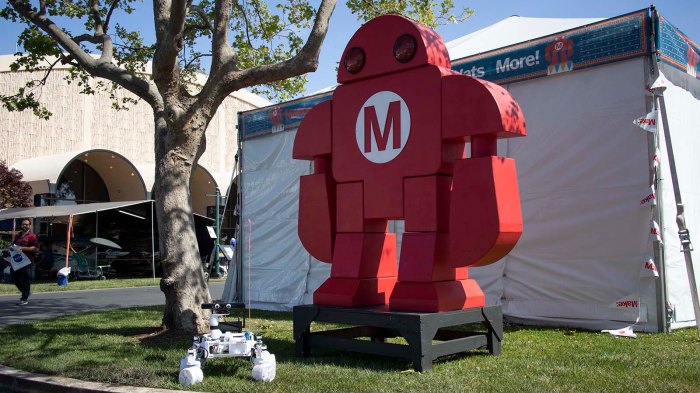 I went low to the ground to achieve a dramatic upwards camera angle.

Then [Emily] had a brilliant idea to pose Sawppy with Makey. She put one of Sawppy’s front wheels up on Makey’s pedestal, and turned the Kinect sensor bar with googly eyes to face the camera. This is a great picture.

After this picture, I looked for a smaller Makey closer to Sawppy’s size, and the best I found was on this sign directing people to something or another. The two robots are closer in proportion but it doesn’t have the energy of [Emily]’s pose. 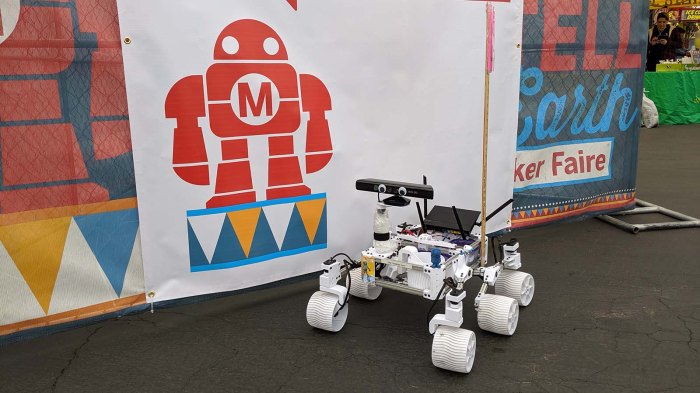 And finally, when I passed the workshop area I also saw a partially disassembled Makey on display. It felt like a stage set up for something but is currently empty. But there was no time for question! I looked around, caught a brief gap in passing crowd, and snapped a picture of Sawppy here. 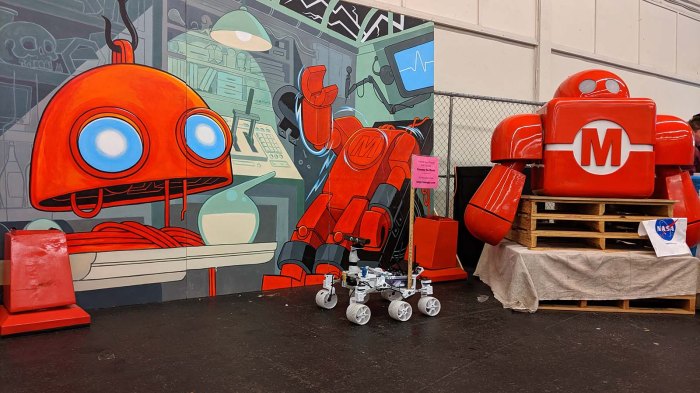