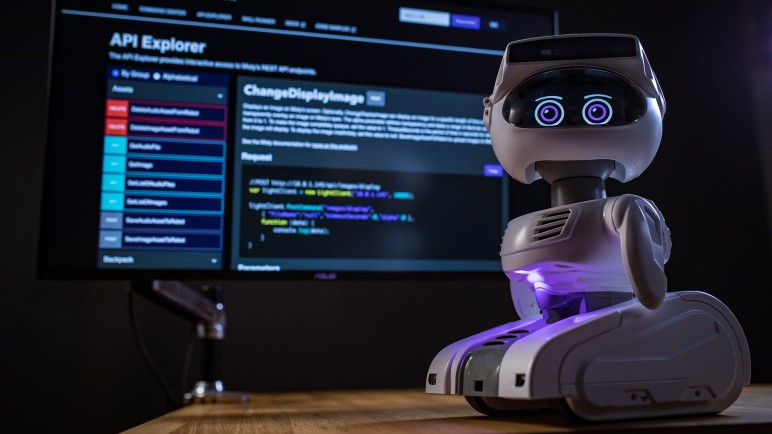 There are lots of people who are interested in robotics software but lack the resources or the interest to build their own robot from scratch. There is no shortage of robot hardware platforms that love software attention, but most of them are focused on mechanical functionality and thus are shaped like tools. The field is much smaller when we want robots with at least a vaguely humanoid appearance.

Hobbyists need not apply for NASA’s R5 Valkyrie robot, with its several million dollar value. Most of Valkyrie’s fellow competitors in the 2013 DARPA Robotics Challenge are similarly custom built for the competition and unavailable to anyone else. One of the exceptions is the ThorMang chassis, built by the same people behind Dynamixel AX-12A serial bus servos. Naturally, the motors of a ThorMang are their highest end components on the opposite side of their entry level AX-12A. Not surprisingly, it is into the “please call for a quote” category of pricing, but hey, at least it’s theoretically possible to buy one.

The junior member of that team are their OP2 and OP3 robots, which appear to be roughly the size of a toddler and uses smaller and more affordable motors. Handling computation inside the chest is an Intel NUC, which might be the closest we get to a powerful commodity robot brain computer. Still, “affordable” here is still a five-digit proposition at $11,000 USD or so.

There are multiple offerings at this price level, using servos that are similar to the AX-12A. However they all appear roughly equally crude. For something more refined, we’d have to step up to something like a NAO robot. It seems like a modern-day QRIO but actually available for purchase for around $16,000.

A large part of the cost is the difficulty of building a self-balancing, self-contained, two-legged robot. It’s a big part of a humanoid appearance, but it is out of proportion with the parts that lend a robot well to human interaction. Giving up the legged locomotion for a wheeled platform allows something far cheaper but still have an expressive head and face plus two arms.

The people who make the NAO also makes the Pepper. Roughly the size of a human choid, it still has fully expressive head and arms but uses a wheeled base platform. The company seems to be trying to find niches outside of education and development, but they all seem rather far-fetched to me. Or at least, I don’t see enough to justify the cost of ownership at roughly $30,000.

Simplifying further, we can have smaller robots on wheels that still have an expressive head but limited arms. Out of the offerings in this arena, Misty II is the most developer-friendly platform I’m aware of. Since my first introduction to Misty II, the company has launched several variants including a cost-reduced basic version that lacks the 3D depth camera. (Similar to a Microsoft Kinect.) Misty is still not cheap at a starting price of $2,000, but not so bad in the context of all these other robots.