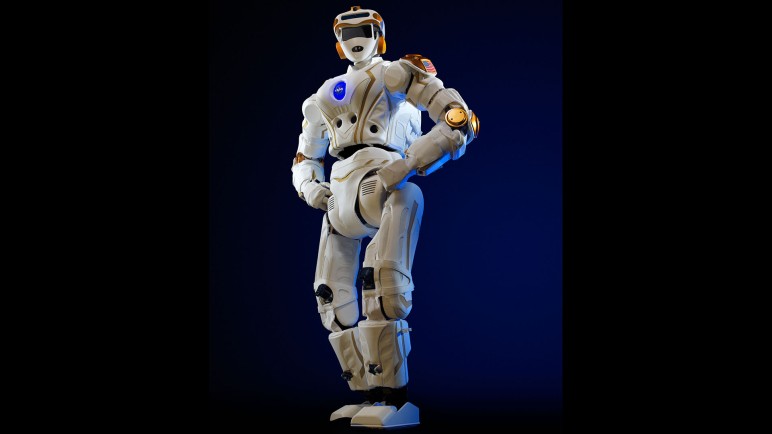 When I was researching my Hackaday post about DARPA Subterranean Challenge, I learned that there’s a virtual track to the competition using just digital robots inside Gazebo. I also learned it was not the first time a virtual competition with prize money took place within Gazebo, there was also the NASA Space Robotics Challenge where competitors submit software to control a humanoid robot on a Mars habitat.

What I didn’t know at the time was that the virtual humanoid robot was actually based on a physical robot, the NASA R5. Also called Valkyrie, this robot is the size of a full human adult with a 7-digit price tag putting it quite far out of my reach. This robot was originally built for the 2013 DARPA Robotics Challenge. It appeared the robot had no shortage of ingenious mechanical design (I like the pair of series elastic actuator for that ankle joint.) It was not lacking in sophisticated sensors, and it was not lacking in electric power. What it lacked were the software to tie them all together, and an unfortunate network configuration issue hampered performance on actual day of DARPA competition.

After the competition, Valkyrie visited several research institutions interested in advancing the state of the art in humanoid robotics. I assume some of that research ended up as published papers, though I have not yet gone looking for them. Their experience likely fed into how the NASA Space Robotics Challenge was structured.

That competition was where Valkyrie got its next round of fame, albeit in a digital form inside Gazebo. Competitors were given a simulation environment to perform the list of tasks required. Using a robot simulator meant people don’t need a huge budget and a machine shop to build robots to participate. NASA said the intent is to open up the field to nontraditional sources, to welcome new ideas by new thinkers they termed “citizen inventors”. This proved to be a valid approach, as the winner was an one-person team.

As for the physical robot, I found a code repository seemingly created by NASA to support research institutions that have borrowed Valkyrie, but it feels rather incomplete and has not been updated in several years. Perhaps Valkyrie has been retired and there’s a successor (R6?) underway? A writer at IEEE Spectrum noticed a job listing that implied as such.