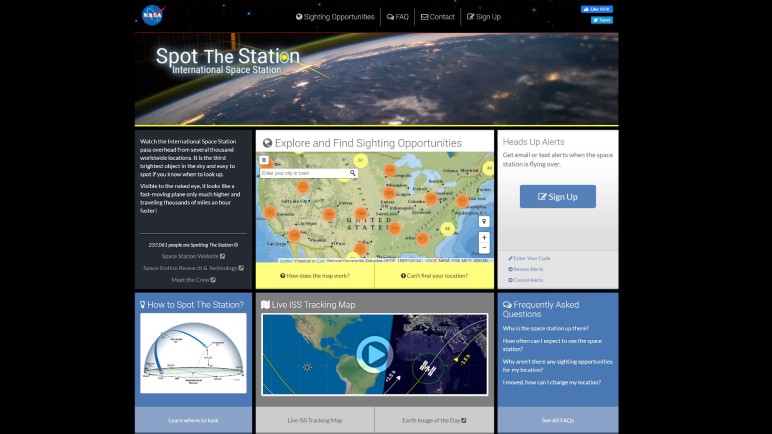 When NASA and SpaceX announced a target date of May 27th 2020 for Crew Dragon’s second demonstration mission, it was a big deal for space fans especially those in the United States. If successful, this would be the first crewed flight launching from US since retirement of NASA’s space shuttle. I count myself as a space fan, and the announcement got my mind thinking about space again.

The destination for this planned test flight is the International Space Station (ISS) flying over our heads. An object of fascination for space fans, there’s plenty of merchandise available including a LEGO set (#21321) that I had the pleasure to participate putting together at a gathering before we all went into isolation.

Bonus: an explanation from @NASAJPL employee about what it meant (& does not mean) for a piece of hardware to be "flight spare". Annotated with some tales from front line trenches.

There’s no shortage of ISS information available online, either. My personal favorite way to have a screen dedicated to ISS in my home is ISS-Above. I have a license that I run on-and-off depending on whether I have a Raspberry Pi and screen to spare at the moment. Given the flexibility of Raspberry Pi hardware for use in other projects, availability is thin.

What’s more commonly available in my house are obsolete computers. Unfortunately ISS-Above is tied to the Raspberry Pi so I must look elsewhere for a PC-friendly solution. Some of my old machines are running Windows 10 of some variant. The rest have lost their Windows licenses and are running Linux. The easiest common denominator for all of these platforms is a web browser.

Searching online for a web-based ISS tracking counterpart to ISS-Above, I found NASA’s “Spot the Station” website. It has a few interesting resources but not exactly what I’m looking for. One part of the site is a “Live ISS Tracking Map” which replicates my favorite subset of ISS-Above functionality and thus a good place to start. Looking at its HTML, I quickly realized it was an embedding of another page hosted by the European Space Agency (ESA) and available at its own URL. This is an excellent starting point for more exploration.