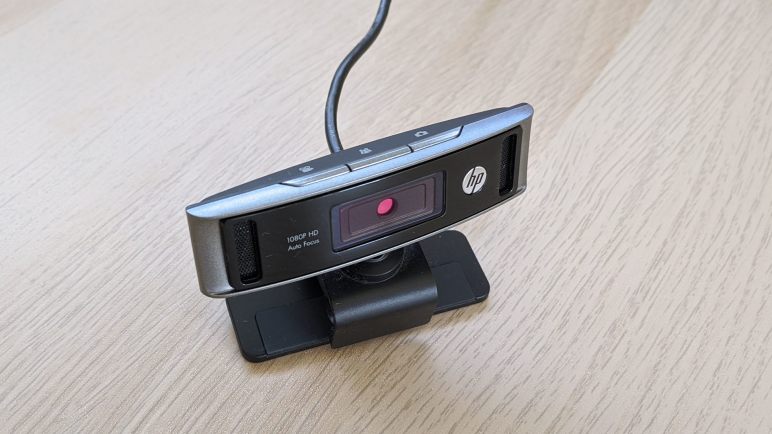 Sometimes a project idea comes up and is hampered by the most unexpected of problems. The visual dimension measuring machine project (I need to come up with a better name) is mechanically speaking a camera bolted to the carriage of a former 3D printer. I wanted to explore how precisely controlled camera movements can help capture precise dimensions of an object in view.

I’ve been working on the former 3D printer, bringing a retired Geeetech A10 back up and running. I then started looking into the webcam side. I wanted something better than the average camera built into the screen bezel of a laptop. Ideally this meant a good optical lens assembly with auto focus capability, and not the more common fixed-focus cameras with mediocre lenses barely better than a pinhole camera.

And… all the good webcams are sold out! I had not known we were in the middle of the Great Webcam Shortage of 2020, but it made sense. A lot of officers workers have switched to working at home, and I’m not the only one dissatisfied with the camera built in to our laptops. Thus the demand for an upgraded camera shot up well past historical norms, and manufacturers are scrambling to meet demand.

So the first draft of my project will have to make do with a webcam I already had on hand, which is probably a good idea for a prototype anyway. I have a HP Webcam HD 4310 I can draft for the purpose. I had been using it to monitor my 3D prints via OctoPi, but that printer is currently offline anyway so the camera is available.

The print on the outside proclaims “1080P HD” and “Auto Focus”. I’m not sure the former is true – it does have the option to output 1080P but the visual quality is rather less than I expected at that resolution. I strongly suspect that 1080P is not the native sensor resolution, but an upscaled image. The alternate explanation is that the 1080P sensor is hampered by poor lens. Either way, it’ll have to do, and at least it does offer auto focus! Let’s find out what’s inside.