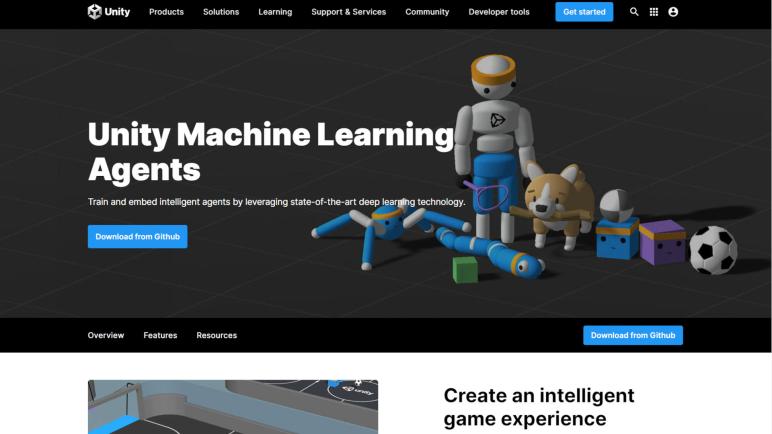 I’m dipping my toes into playing with deep reinforcement learning via Unity’s ML-Agents package. I made my first run with the safest most mature option “Verified Package 1.0.8”, which mapped to Release 2 by the ML-Agents repository versioning scheme. No problems were encountered during installation and I was able to run the 3D balancing ball project in the Getting Started guide. From there I could either explore Release 2 further or try a more adventurous release. I chose the latter and proceeded to install ML-Agents Release 18.

Doing this experiment on the same machine meant I had to keep the two installations separate. Unity Hub is already well-suited to keeping distinct versions isolated so they could run in parallel (Unity 2019.4.25f1 for release 18) though there’s a potential point of conflict if Unity editors required different versions of Visual Studio Community Edition for editing code. On the Python side, Anaconda is well suited to keep Python environments separate. Since files are referenced by directory, though, I cloned the ml-agents GitHub repository separately for each release instead trying to switch back and forth within the same directory.

I very much appreciated Unity for their project documentation, as my installation and Getting Started process went just as smoothly. I didn’t expect to notice much different between release 2 and 18, but even just in installation and Getting Started I saw they’ve made changes. The biggest one that caught my eyes is that ml-agents switched from TensorFlow to PyTorch sometime during this time. There are other smaller changes, the most welcome one to me is a much more comprehensive collection of example configurations in the release_18 /config/ subdirectory. Release 2 had only a handful of files, release 18 had a far larger directory tree to let people (like me) have more than one starting point.

I’m not quite sure where to go from here, but given how well documented ml-agents appears to be, I thought it would be interesting to take a quick look back to see where they’ve been.