The rover didn’t always have six wheels. Since we were building our own wheel design, we wanted to make sure it works before we build six of them. Here was our first integration test chassis: putting the first two wheel assemblies together with a castor wheel.  It proved to be informative to see how the components work together before we got too much further into the project.

The first work session was marred by a minor miscommunication about the Raspberry Pi intended to be used as the brain of the chassis. As a short-term substitute, a small and light (and old) Dell laptop was taped on to the chassis to obtain some initial data. 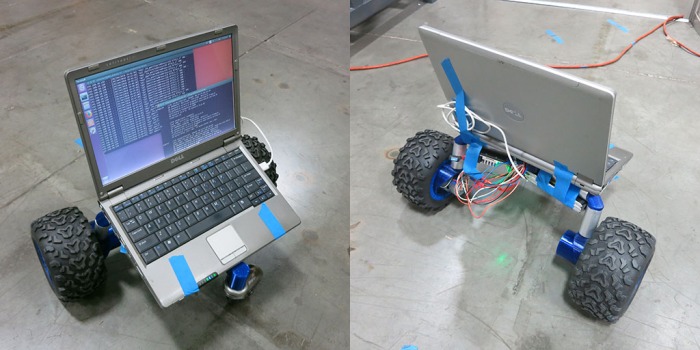 We could drive the test chassis around, but gearbox friction continues to be a problem. We had hoped the real physical load would add some momentum and inertia to the system and smooth things out. This didn’t pan out and we frequently encounter jerky motion of the robot. Our RoboClaw was constantly fighting to keep the motion smooth as it ramped the power up and down to grind through rough spots in the gearbox.

At this point the test chassis has been the focus of two work sessions. The second round included the Raspberry Pi that was originally intended. The motor motion, unfortunately, remained rough. The next effort will try to increase gear lash in the planetary gearbox. We’ll end up with more backlash in the system, something that might be problematic when it is compounded across six wheels, but nevertheless we hope it will prove to be a good trade-off. 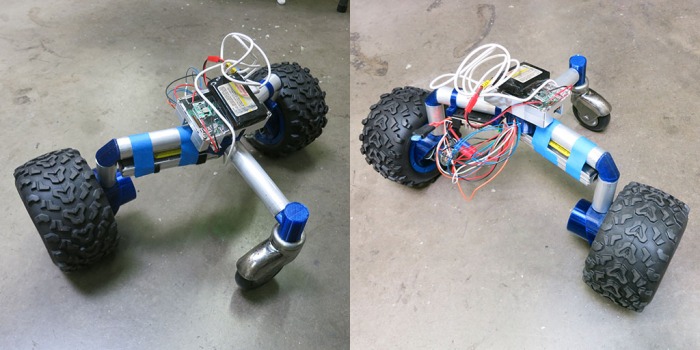