After the assembly session at April 2018 Third Thursday SGVHAK meet-up, we could see the major outline of a rover but some parts were held only by friction and not yet properly fastened. Once everything was buttoned up, it uncovered a mechanical issue: there was a surprising amount of stress on the differential. Enough to bend its 8mm steel bar.

We need a brace to reinforce that bar.

The first version of the differential brace was made of four pieces – two pieces above the shaft, left-right and two pieces below. This was a beginner’s mistake that didn’t help at all against flexing because the stress went into narrowing/widening the gap between left/right pieces. Second version of the brace eliminated the left-right split and consisted only of two pieces – one above and one below the bar. Again, there’s some looseness in the gap between these two pieces, but a few M3 fasteners kept its flex in check so overall bending of differential bar was dramatically reduced. 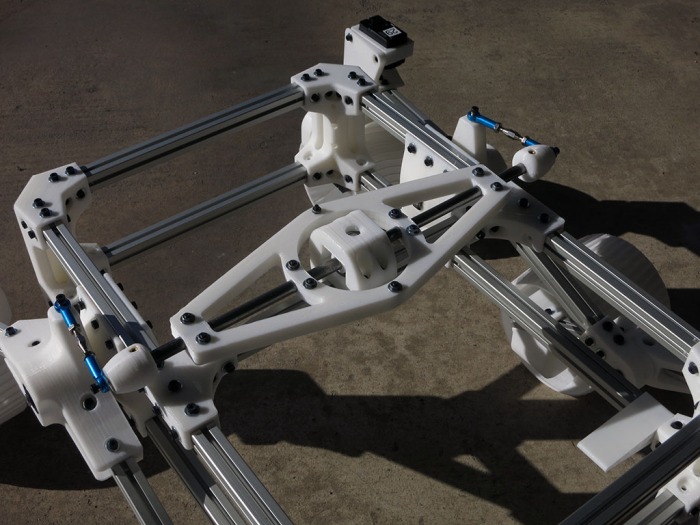 With the differential bar enforced, mechanical assembly for initial build is complete. The rocker-bogie suspension geometry is fully active and now we can proceed to build the electric wiring harnesses we’ll need to bring Sawppy the Rover to life. 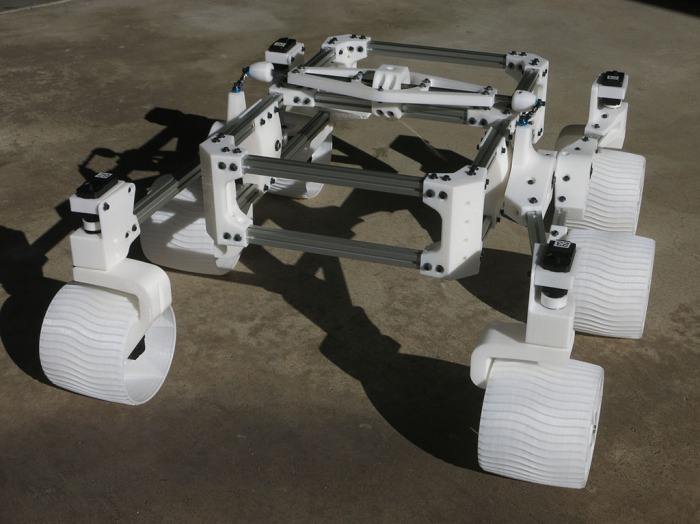