After roaming the backyard and other terrain over several days, the weakest part of Sawppy has been uncovered: the set screws holding couplers onto our steel motor shafts are losing their grip. A few of them are sliding off their designated positions, some of them are backing out.

The set screw detents on the shaft were made by passing a Dremel cutting wheel over the shaft as described earlier, and now we have first hand evidence that’s not good enough. We need to make the detents wider and flatter. Something closer to what’s described here. This isn’t a job for a Dremel cutting wheel, as a wheel has a circular cutting profile. What we need is something nice and flat and can bite into metal, like a file.

The first attempt to make bigger detents were holding the shaft by hand and running it back and forth over the file. This was not working. Finger strength isn’t good enough to hold shaft at constant angle, so instead of a flat surface we ended up with rounded surfaces. 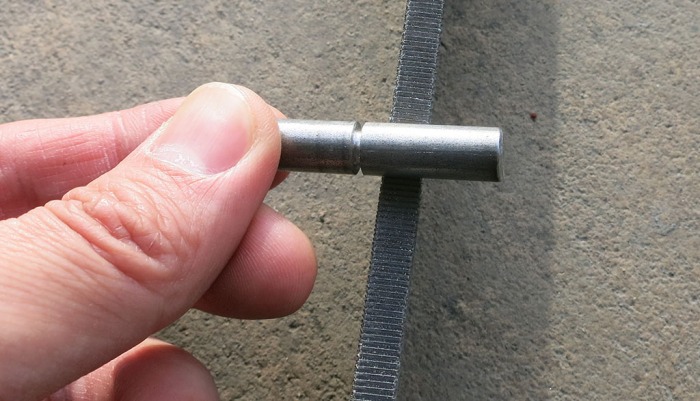 The second attempt brought a vise into the picture and flipped the arrangement around. Vise jaws hold the shaft, and hands hold the file. This delivered much better results. 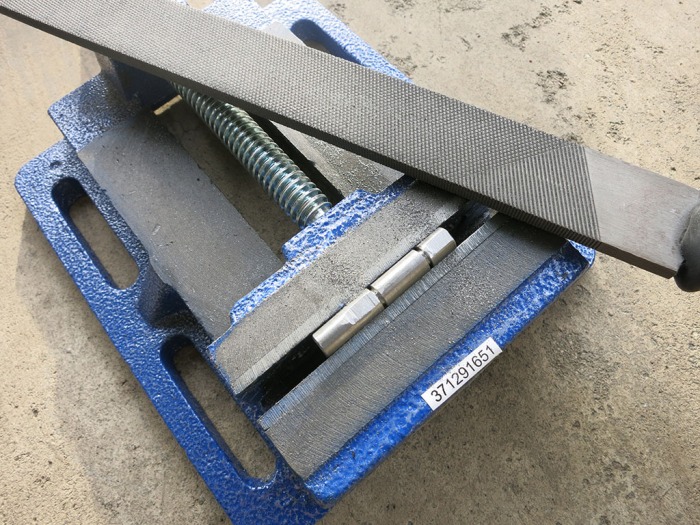 Here’s a set of before/after pictures. First the “before” image showing shallow and inconsistent detents cut with Dremel tool. Visible within them are circular indentations made by set screws – this particular pair of set screws had not yet started slipping and now we’re making sure they never will.

And the same shaft, after using the metal file to cut flatter and deeper indents:

That was part 1 of the solution. Part 2 is to apply thread locking compound to our set screws. Loctite 242 was available at the local home improvement store. 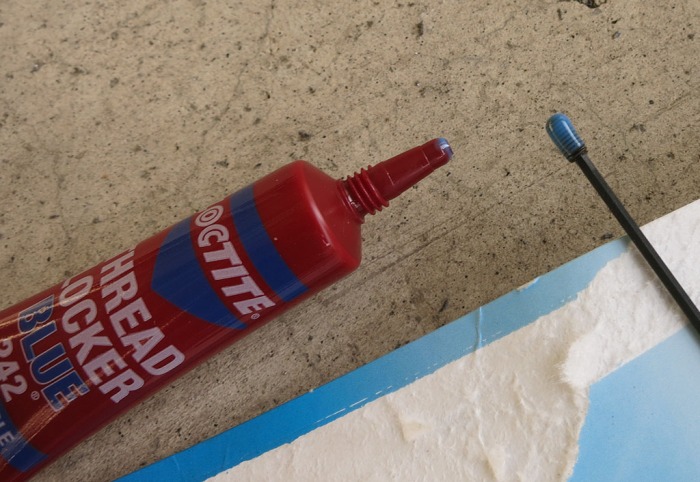 If this isn’t good enough, we’ll upgrade to the more expensive Loctite 243 available at the local automotive parts store. According to the Loctite thread locker guide, 243 has a higher breakaway torque of 180 lb-in as compared to 110 lb-in for Loctite 242.

Before we do that, though, it’s worth running Sawppy around for a while to see what the next weakest point is. After bigger flatter detents and applying thread locker, the weakest point is probably not the set screws anymore.