Today Sawppy joined the fun at Science for March 2019, organized by the Caltech Postdoc Association. Since Sawppy didn’t exist yet during 2018’s event, this was Sawppy’s first visit. When Sawppy arrived at South Campus Gate, a quick check of campus directory oriented us to Beckman Mall where the event will be held. 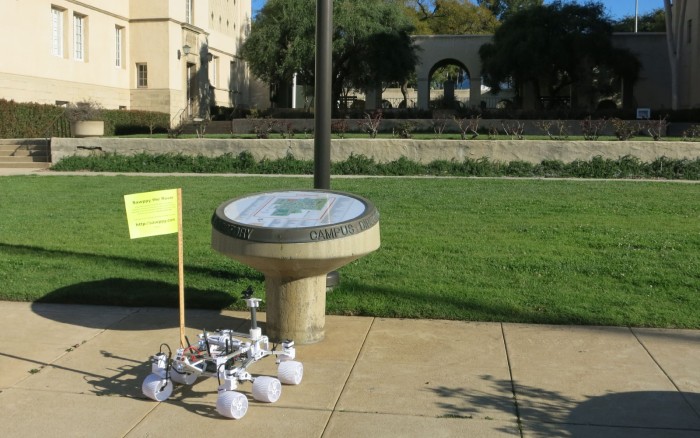 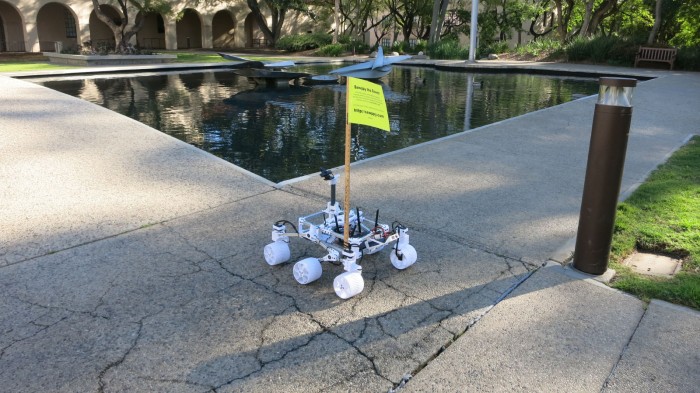 As with last year’s event, the rover started the day sitting on a table for display. Of course, last year we had only a single rover. This year we have three, two of which were in running condition and could be driven for demonstration today. 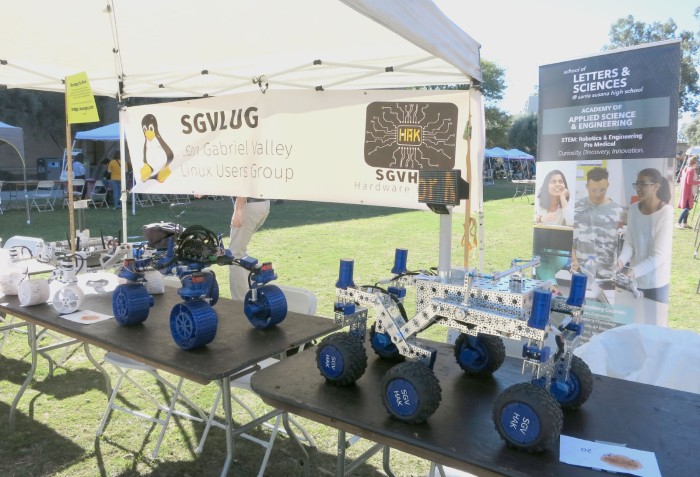 Sawppy attracted a crowd as it usually does, and were driven around by enthusiastic children. Some of them weren’t as gentle with the control as they should be, and about halfway through the day, operator roughness by one of the kids burned out the fuse. I kept telling myself I should have spare fuses in Sawppy’s first aid kit that I keep in my backpack, but I never did put one in. I had to hack a workaround today but by the end of the night I definitely remembered to put extra fuses in the bag. 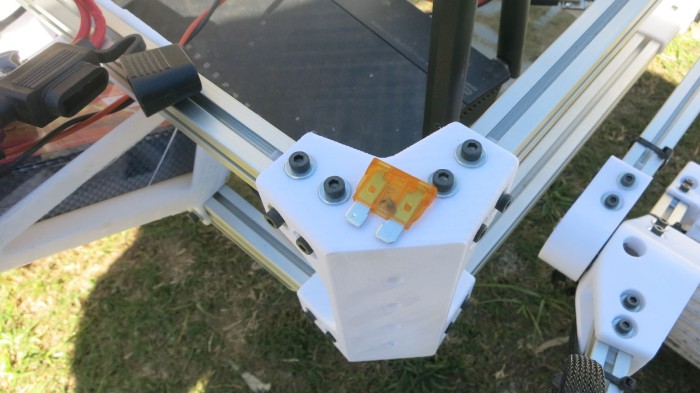 Group rover outings are always fun. Today’s special activity is a group climb on a grassy slope at the north end of Beckmann Hall. SGVHAK rover gave Sawppy a head start, but with faster and more power motors, combined with better traction tires, it was no contest. SGVHAK easily outclimbed Sawppy, but the important part was that we pleased the crowd with this little demonstration of rover climbing capabilities.