I’ve got my handheld wired controller built and assembled, now it’s time to work on the other end and add a control input jack for Sawppy the Rover.

Again I wanted something relatively robust, I don’t want a tug on the wire to tear apart Sawppy internals. Fortunately the whole “tugging on wire” issue is well known and I could repurpose someone else’s solution for my project. In this particular case, I’m going to deploy the wire and jack salvaged from a Xbox 360 steering wheel. This cable formerly connected the foot pedal unit to the main steering unit. The foot pedal unit is subject to a lot of stomping abuse, which can shift the position of these pedals and result in tugs on this wire. It appeared ideal for handling the stresses I want it to endure in my application.

The jack has strong resemblance to standard landline telephone cable and may actually be the same thing, but because I salvaged both the jack and compatible wire for my project it didn’t matter if it was actually the same as phone jacks and lines. Using calipers I measured the jack’s dimensions and created a digital representation in Onshape CAD. I then modeled the rest of the bracket around that jack and printed its two parts. 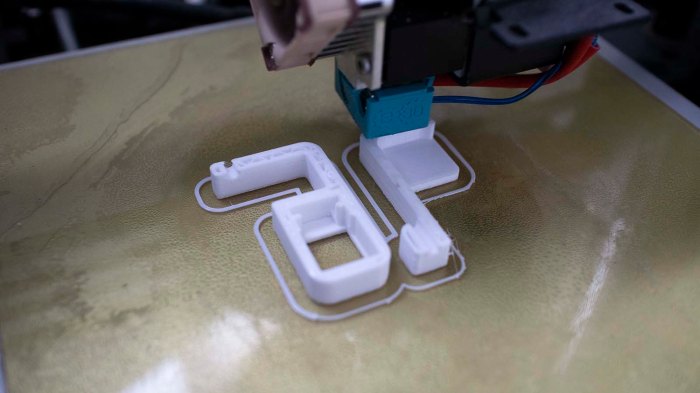 Here’s the mounting bracket front and back pieces along with salvaged jack, whose wires now have freshly crimped connectors for interfacing with LewanSoul BusLinker debug board.

When assembled, the bracket grabs onto one of Sawppy’s aluminum extrusion beams. Tugs on the wire should transfer that force to aluminum beam instead of pulling wires out of the board.

I installed this jack between two major pieces in Sawppy’s structure. This ensures that it will not slide when tugged upon, which should help with strength. 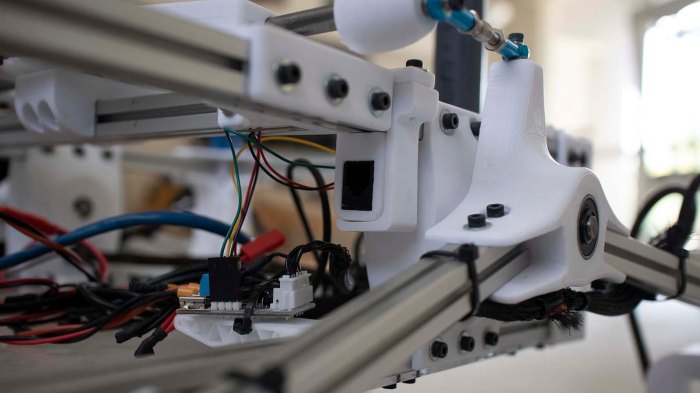