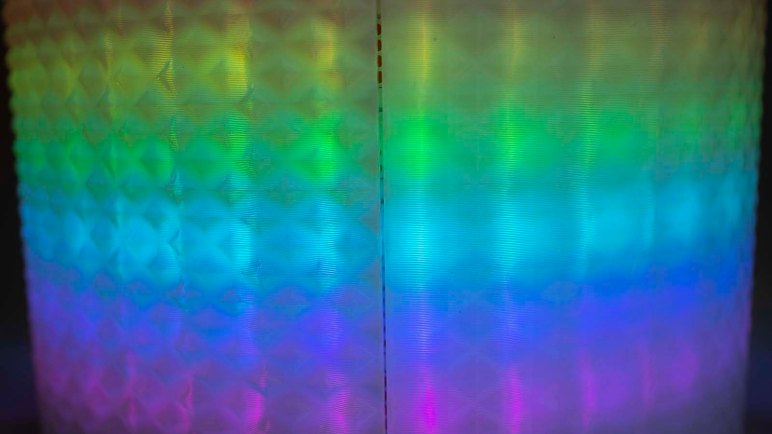 Using a diamond pattern to diffuse LED light for my Glow Project had interesting results but the first iteration wasn’t quite to my liking. But it showed enough promise that I thought maybe it’ll just be a matter of tuning. The first parameter for experimentation was the magnitude of diamond peaks, how does it look to have a subtle diamond pattern versus a strong one? 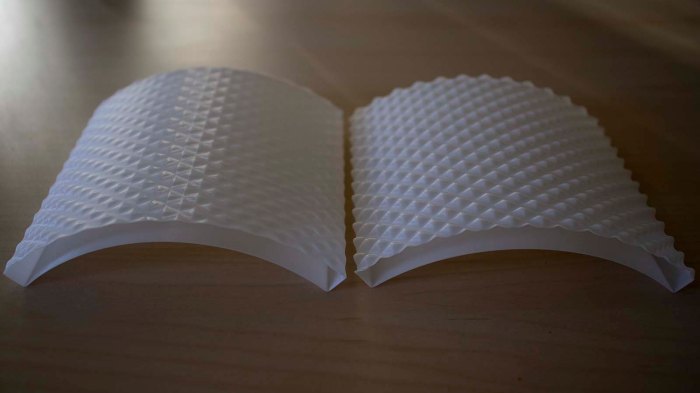 Holding them up close to the LED, the subtle pattern was preferred. A strong diamond pattern added itself into the conversation and, while that’s a valid approach to a project, it’s not the goal for this specific one. 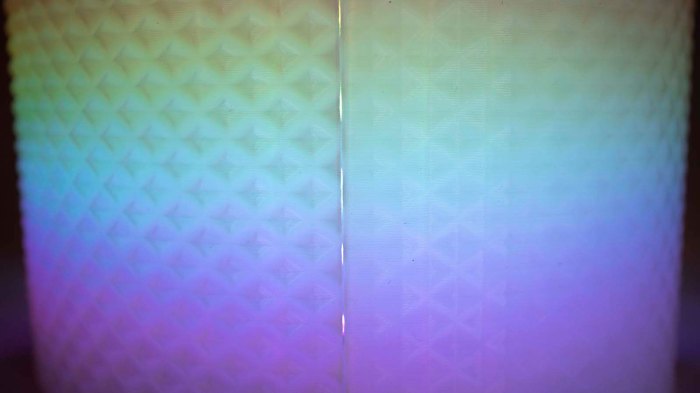 This difference only got more pronounced as they were moved further away from the bank of LEDs. A strong diamond pattern started shouting its presence where the subtle one stayed quiet.

So far the best blending effects were accomplished just by holding the diffuser further away from the LEDs, and exterior pattern structure doesn’t do enough to mitigate the bright points of LED. But there’s another variable we can play with: these are vase prints, with an inner and outer wall. If we changed the distance between these walls, would that make a difference in distance required for a good diffusion?