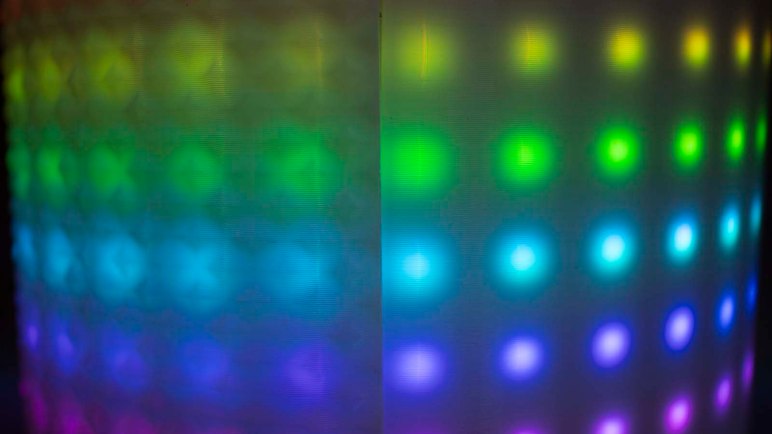 Experiment continues to create a LED diffuser for my Glow Flow project. I started cheap with some paper towels from the kitchen, moved on to a featureless 3D printed sheet, which I then added horizontal ribs for strength. The downside of 3D printed diffusers are their layers, which interact with light resulting in uneven brightness across layers.

After observing this behavior, I decided to try using a diamond pattern overlaid at 45 degrees to printed layers. The hope is that, by changing how layers stack on top of each other, I can break up the vertical streaks of brightness. Doing this experiment meant taking my horizontal rib and, instead of revolving around a center axis, I would loft it along two helical path instead. One helix goes up, the other goes down, and the intersection of those two gave me the diamond pattern I wanted. This turned out to be a nontrivial shape to compute in Onshape CAD. I could probably do it more efficiently, but this is good enough for my experiment.

Once printed, I held it up to Glow Flow and… well, not a complete success. The diamond pattern succeeded in breaking up the pattern of vertical glare, but just by its nature it also introduced other distortions. When Glow Flow is turned off, the diamonds introduce a pretty pattern of light and shadow relative to ambient light. But with Glow Flow turned on, that pattern also interacted with light emitted by LEDs and the results are not to my liking. 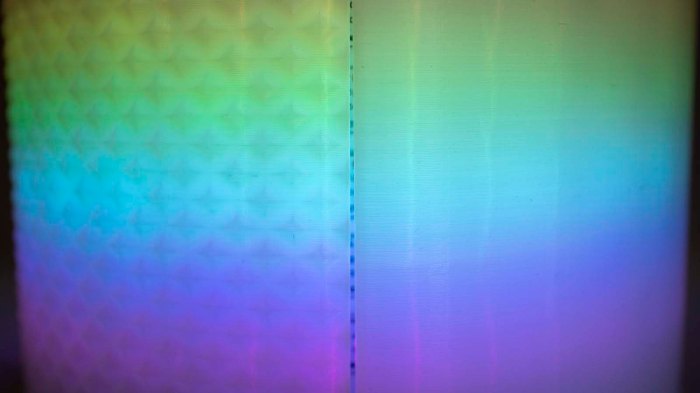 When we pull the sheets further from LEDs, the diamond pattern becomes just a distraction no better than the featureless sheet.