The screen bezel are held in place by two screws and a lot of plastic clips. Once the screws were removed, I could go around the perimeter and pop loose all the plastic clips. 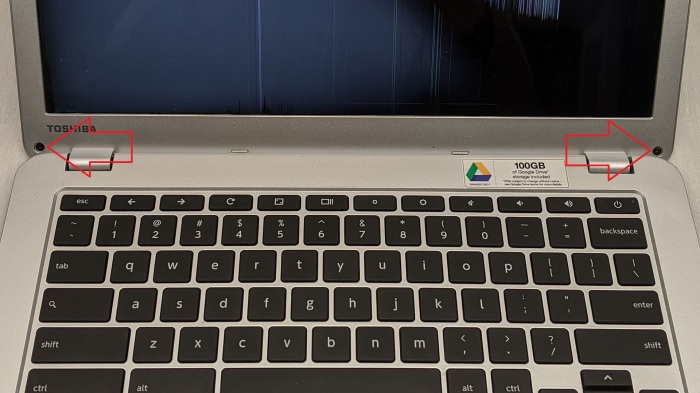 After the bezel was removed, I noticed a small magnet held inside. This allows the base to detect if the lid is open or closed via a Hall effect sensor. If we end up going without the screen and need to spoof lid state, this is where we would place a magnet.

The lid had heat-set inserts that looked like they could be used to help fasten the screen in place, but no fasteners. I thought maybe someone had investigated screen replacement before me and just didn’t put the screws back, but as it turns out, screws wouldn’t have done anything.

This screen is held by four adhesive pads, one at each corner. Perhaps a different model used a different screen with metal brackets that would have been held using screws, but this screen was held by sticky pads.

Once freed from the four pads, the final point of attachment was the electrical connector. The plastic tag is actually adhesive tape, helping to keep two sides of the connector together together. Once plastic is peeled away from metal, it was easy to unplug the connector. 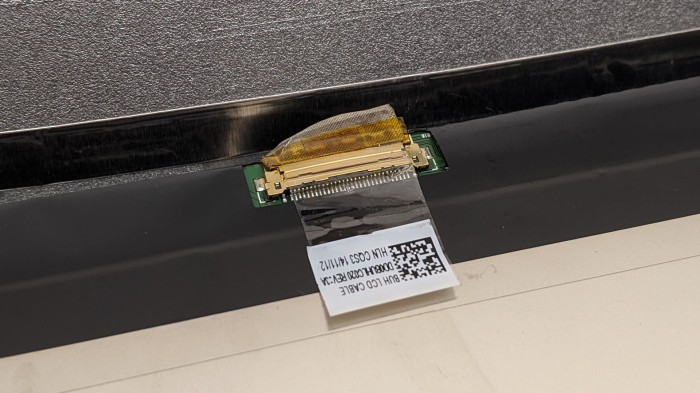 Disconnecting that connector freed the screen, and we can take a closer look.