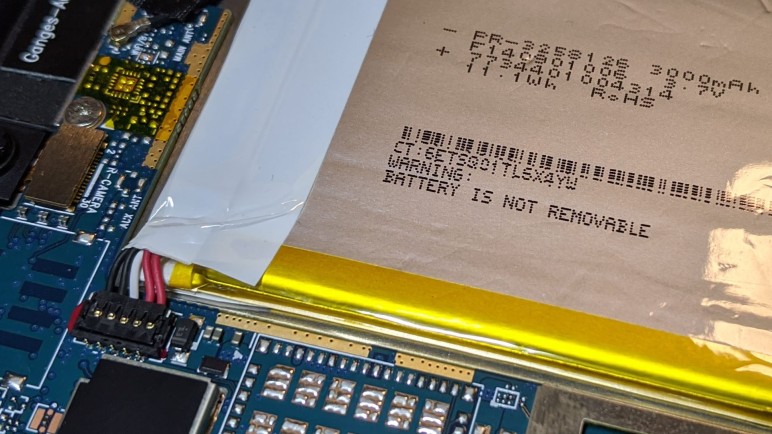 I dusted off my HP Stream 7 tablet to see if it might be suitable for an always-on status display. I encountered some battery power management issues and wanted to see if I could try running it without a battery. Every Windows x86 laptop I’ve ever owned was happy to run without battery power and since my current intent is for a wired 24×7 display screen, I didn’t need the battery anyway. 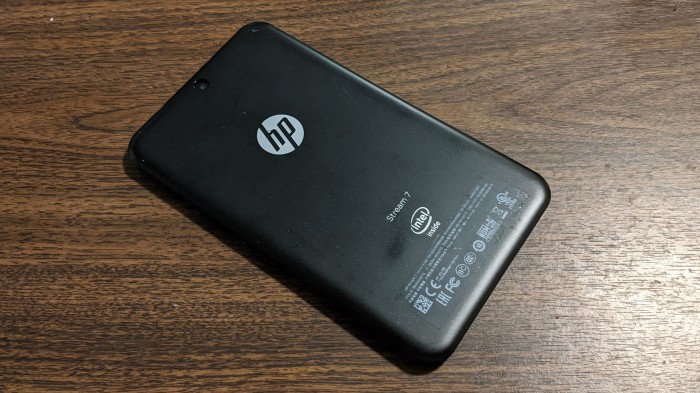 This experiment was made possible by the design of the device. Relative to almost every other piece of modern portable electronics, the HP Stream 7 is easy to open up. The back plate can be opened without tools, just follow the gap they designed and start prying plastic clips apart. 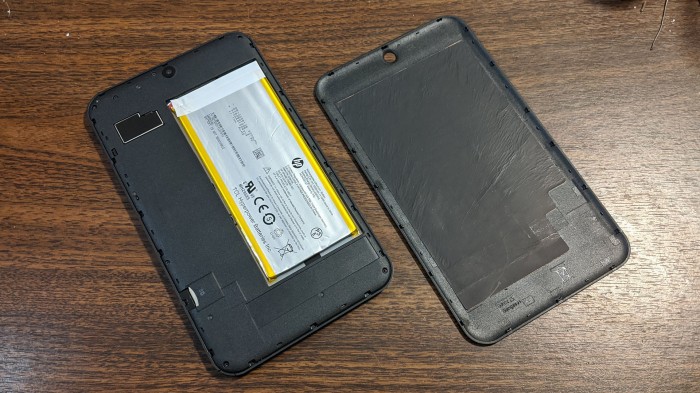 This was how users could access its microSD slot for adding more storage space. And given how the battery is clearly visible when the back is removed, I thought it was also to enable easy battery replacement. My assumption was wrong! The battery appears to be glued in place and WARNING: BATTERY IS NOT REMOVABLE printed on the battery. Curiously that was printed with a dot matrix printer, implying this specific battery is not always non-removable, perhaps it is removable from another device but that won’t help us here today anyway so let’s move on. 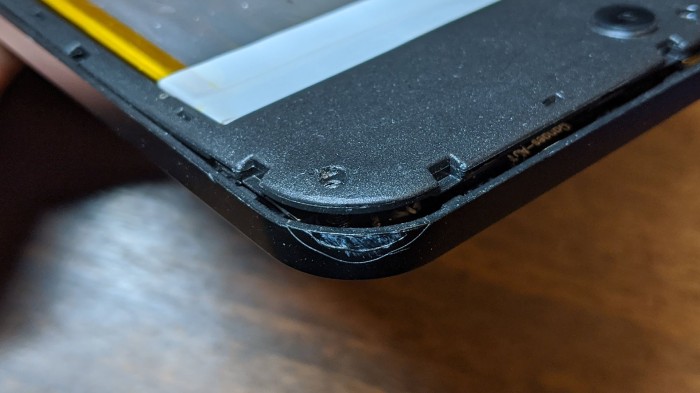 I don’t remember ever dropping this tablet, but one corner tells a tale of my neglect. 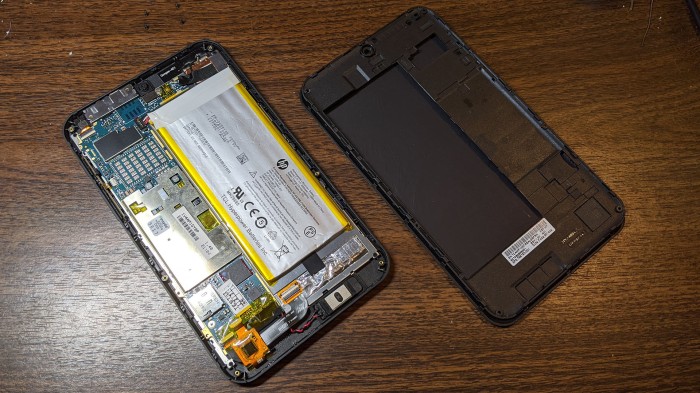 If I want to try running this device without battery, I will need to access its battery connector which is hidden underneath the next piece of plastic. That piece is fastened quite well by a large number of plastic clips, backed up by small screws. Together they created a pretty durable enclosure for this tablet while still being removable. There was nothing tricky about opening up this device. Once the second back plate was removed, the battery connector was accessible. 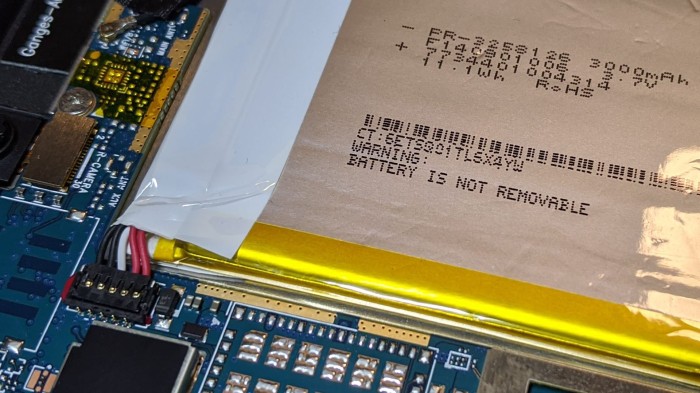 Once exposed the connector easily popped free. I pressed the power button and… nothing. Unlike laptops, this device refuses to run without a battery. This makes it less useful for the current project. Nevertheless, such ease of access to durable internals has raised my opinion of this tablet. And since I had it open, I might as well look around a little more.