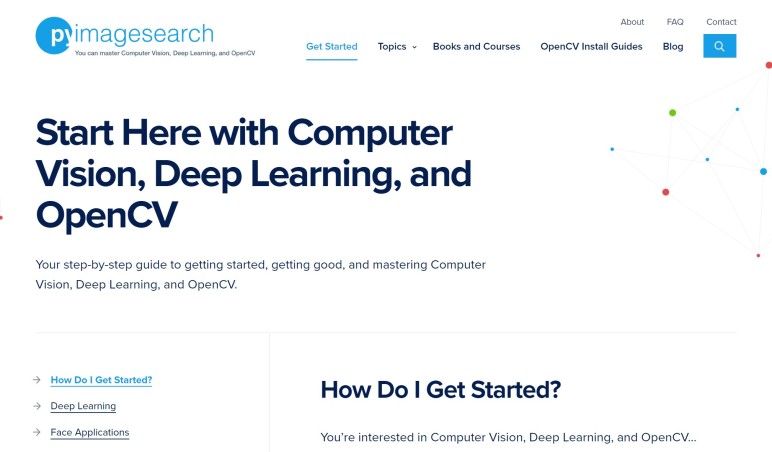 I am happy that I made some headway in writing desktop computer applications controlling hardware peripheral over serial port, in the form of a test program that can perform a few simple operations with a 3D printer. But how will I put this idea to work doing something useful? I have a few potential project ideas that leverage the computing power of a desktop computer, several of them in the form of machine vision.

Which meant it was time to fill another gap in my toolbox of solving problems with software: get a basic understanding of what I can and can’t do with machine vision. There are two meanings to “can” in that sentence, both of them apply: “is this even theoretically possible” sense and also the “is this within the reach of my abilities” sense. The latter will obviously be more limiting, and the limit is something I can devote the time to learn and fix. But getting an idea of the former is also useful so I don’t go off on a doomed project trying to build something impossible.

Which meant it was time to learn about OpenCV, the canonical computer vision library. I came across OpenCV in various contexts but it’s just been a label on a black box. I never devoted the time to sit down and learn more about this box and how I might be able to leverage it in my own projects. Given my interest in robotics, I knew OpenCV was on my path but didn’t know when. I guess now is the time.

Given that OpenCV is the starting point for a lot of computer vision algorithms and education, there are many tutorials to choose from and I will probably go through several different ones before I will feel comfortable with OpenCV. Still, I need to pick a starting point. Upon this recommendation from Evan who I met at Superconference, I’ll try Getting Started guide by PyImageSearch. First step: installing OpenCV.

Here's an awesome collection of well-written material for learning TONS of computer vision topics and methods from @PyImageSearch! https://t.co/4suRYheiaD