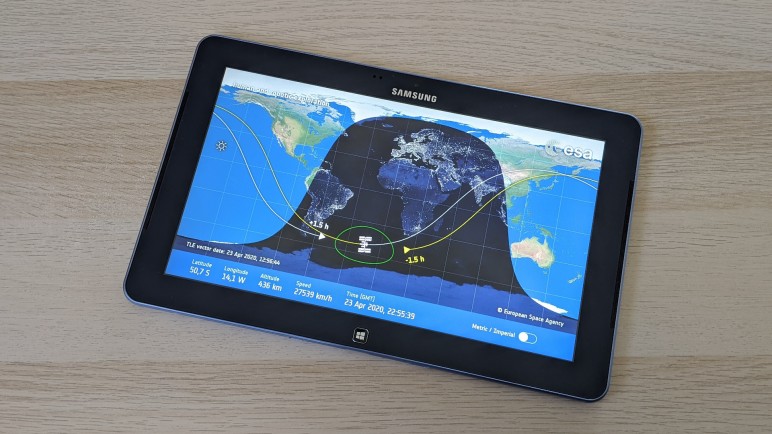 My Samsung 500T solar power project is an exercise to maximize a battery’s ability to help store and use solar power by creating a usage regimen maximizing its cycle life. I’m doing this on the 500T because it was available and I wouldn’t cry too much if I make a mistake ruining it. Hopefully ruination is unlikely, as I plan to leave the built-in battery management circuit intact to save me from drastic mistakes.

According to Battery University, best longevity of lithium batteries comes when they avoid the stress of either end of their capacity. This means avoiding charging to full, and avoiding discharging to empty. A common approach is to charge until 80% and no further, leaving 80% – 100% unused. And when discharging, go no lower than 20%, leaving 20% – 0% unused. Using just the “middle” 60% means the battery would have to go through almost twice as many charge/discharge cycles to deliver the same overall energy, but doing so is rewarded with a battery that can survive much more than twice the number of cycles so we come out ahead.

Maintaining such a protective regimen is a hassle that isn’t usually worth the trouble for consumer electronics, because they’re usually replaced within a few years for reasons other than battery degradation. But such maintenance is done for batteries intended for longer lifespan, like those on satellites and electric cars. My 2012 Chevy Volt does this in a way transparent to the driver: When my car told me the battery is empty, it’s actually somewhere around 20% and when it told me the battery is full, it’s actually roughly 80%. The Samsung 500T does not do this, which we could verify by watching both the proclaimed charge percentage and its actual voltage.

Handling the low end should be easy – watch for the charge percentage to drop to 20% and connect power to lead acid array for charging. The high end is a little trickier. Ideally I could attach power to the 500T and charge it slowly up to 80% during daylight hours, but I don’t have that kind of control. When I connect power, it will charge to 100% as fast as it could. I could only cut power at 80% charge to avoid going into the upper 20%. This means we’ll end up with an extra discharge cycle during the day, but if the overall power regimen actually improves cycle life by more than triple, it will still be a worthwhile trade off.