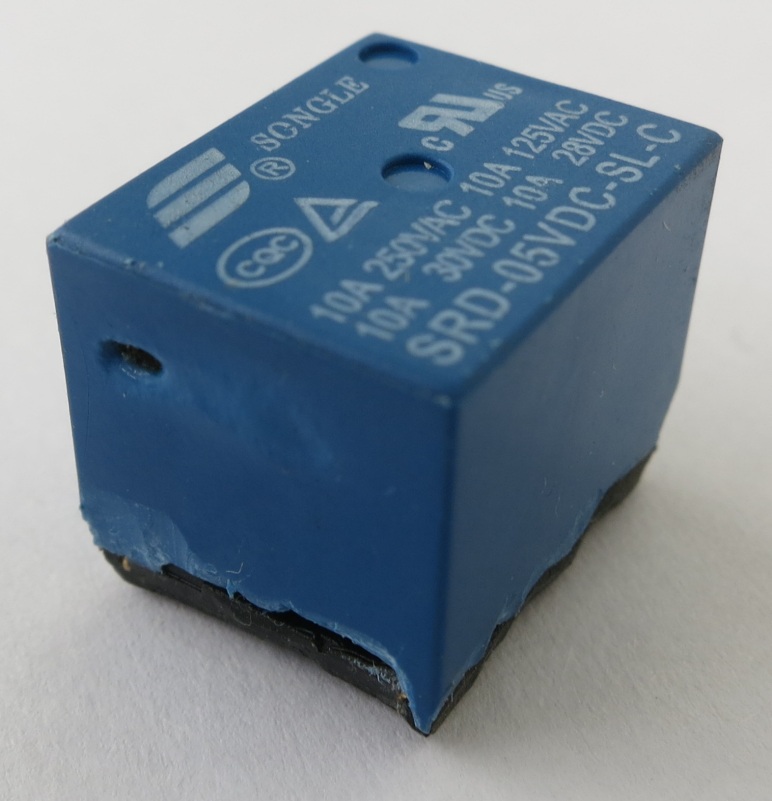 This is the main 24V relay on the control board of my Monoprice Maker Ultimate 3D printer, which is a rebadged and lightly modified variant of Wanhao Duplicator 6. An earlier blog post figured out why it died. (Short summary: the printer design drove this relay beyond its rated limit of 10A @ 24V.) Today let’s look closer at how it died.

There were clear visual indication of relay failure in the form of a heat-distorted casing with a hole melted into it. There were no fasteners to release so the case had to be cut free from the base. Once the case was removed, we could see the guts of the relay. 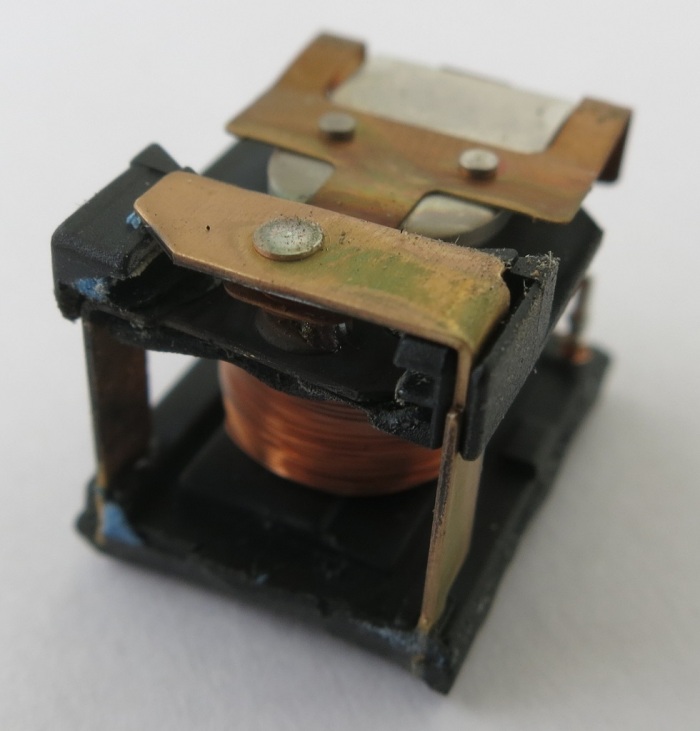 Looking at the inside of the just-removed case, we can see a lot of heat damage. Black char marks the hottest areas, and discolored white marked the rest. 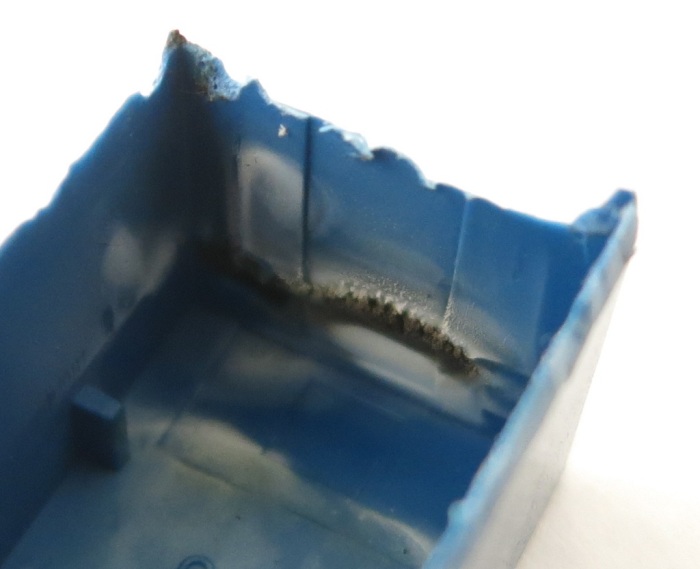 It’s a fairly straightforward relay, with the coil actuating an armature moving between contacts on either the plate above or below it. The armature+contact area is immediately behind the blacked charred bits of the case. And looking at the armature and contacts themselves, we see the relay died an unhappy death.

Everything in the contact area is distorted and/or charred. There is a black plastic-feeling piece holding everything in position relative to each other, and it could no longer do its job with heat distorting it and moved things out of alignment. Between the armature and the bottom contact is a blob of melted something that looks vaguely like solder. The bits of blue visible are parts of the blue casing that has melted onto this assembly. While the top contact looks OK in this picture, the side facing the armature is just as blackened and charred as the visible face of the bottom contact. The armature itself is barely visible here but it is actually discolored and distorted near the contacts.

From the Facebook user’s group, I’ve learned more recent revisions of the printer used a relay from the SRU product line to replace this SRD unit. I’m still trying to find a data sheet for the newer relay. I would hope that it is a drop-in replacement rated for at least 15A @ 24V, preferably 20A. And hopefully it would not die like this SRD-05VDC-SL-C relay did.