The SGVHAK rover team continued to work through problems and worked our way towards a first usable iteration of the rover. Wires are tidied up so there’s no risk of tangling up as the rover moves. All fasteners are tightened. The Raspberry Pi now runs as its own WiFi network access point and no longer dependent on an external wireless router. While there are many more items on the to-do list, these were the critical pieces to complete for public demonstration at SCaLE 16x.

Once it’s all buttoned up and powered up, we had what amounted to a very fancy and expensive remote-control vehicle. Unlike common toy remote control cars, this one can demonstrate the rocker-bogie suspension system used by Mars rovers. At this scale it is quite capable of climbing over people’s feet, sidewalk curbs, and decorative garden rocks. 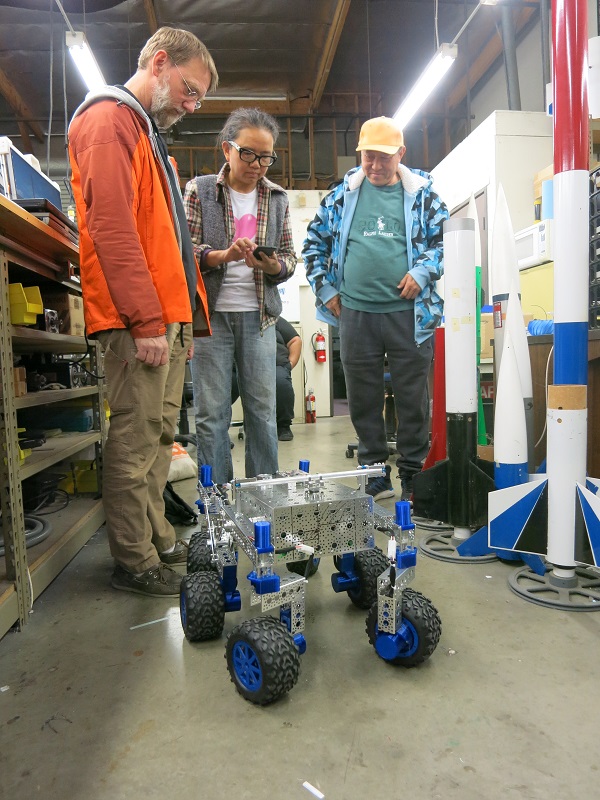 The controls were passed around to people who came to our SGVHAK meet just before SCaLE. This is a test to see how the rover handles drivers who weren’t involved in the build process. If this goes well, we can feel pretty confident about handing the controls over to anyone who wanted a turn.

The test, sadly, did not go well. We had been suspicious that the steering motors might not be strong enough to take little rover fender-benders, despite their advertised torque rating on paper. This confirmation was sadly confirmed in the form of a broken gearbox that ended the test drive session.

Test, find problems, fix them, repeat. This is not in itself a problem. But SCaLE is only a week away and stronger replacement gearbox+motor won’t arrive until afterwards. If we want to demonstrate the rover at SCaLE, we’ll need to get creative. 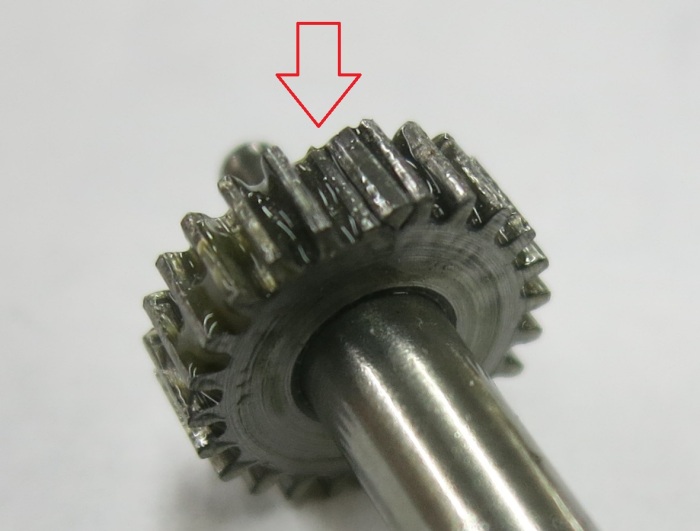