With a crude but functional folding base for the mast installed, attention turns to the camera to be installed at the top of that mast. Mars rover Curiosity has an extensive sensor array on top of its mast, but at the moment we only have a HP HD 4310 webcam and frankly, it looks a little sad and lonely atop that camera mast. It certainly fails to present a profile reminiscent of Curiosity’s array. What to do?

Add another camera! And not just any camera, one of the most intriguing device to be widely available: the Google AIY Vision kit. I picked it up because it seems like a cool way to get started playing with Google’s neural network software development resources. It’s pretty amazing that something I can pick up at my local Target incorporates a programmable neural net processor. What an exciting time to play with technology.

But that’s still on the to-do list. Until them, this AIY Vision box is only running the default out of the box “Joy Detector” demo. It’s not clear if the capabilities of this vision processor would even overlap with anything that’ll actually be useful for an autonomous rover. In the meantime I shall express my optimism by bolting the box onto the camera mast alongside the webcam. Now the top of the mast looks better, with proportions more closely analogous to Curiosity. 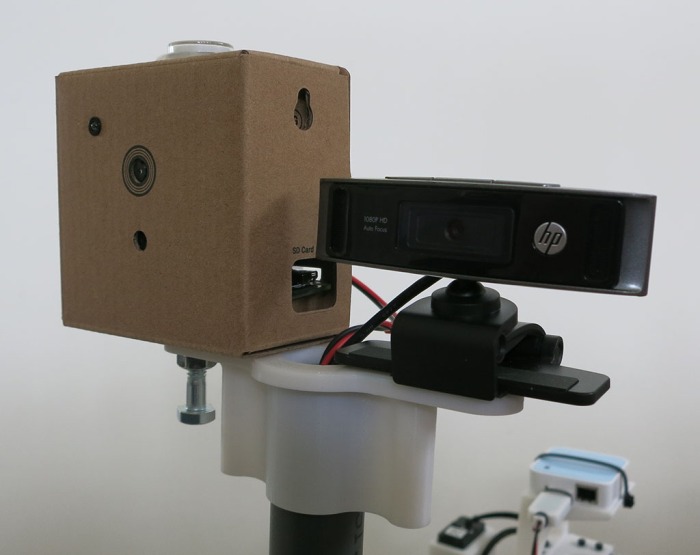 Although the vision processor only has the default demo, I still thought it would be fun to have it up and running. Even if it’s not helping the rover understand its world (yet). Since the general-purpose computing portion of the kit is a commodity Raspberry Pi Zero WH device, we could build another microUSB 5V regulator module to power it. 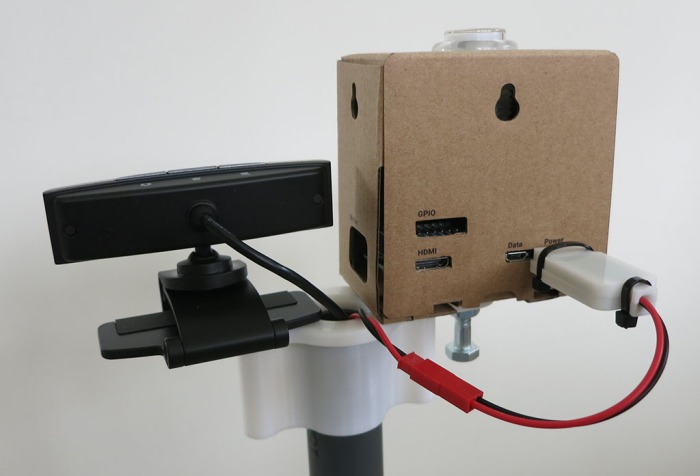 Now Sawppy the Rover can join the ranks of projects that incorporate an AIY Vision kit, with plans to make it do more, but just running the default “Joy Detector” demo for now. Like this cool owl perched on your shoulder and this robot dog.