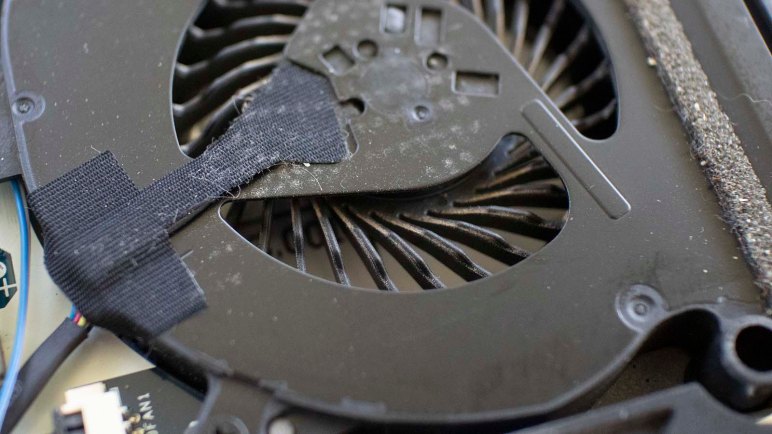 I picked up a Core i5-powered Dell Latitude E6230. It was a refurbished item at Fry’s Electronics, on sale for $149, and that was too tempting of a bargain to pass up. There were two major downsides to the machine: a low resolution 1366×768 display that I couldn’t do anything about, and a spinning magnetic platter hard drive that I intend to upgrade.

As is typical of Dell, a service manual is available online and I consulted it before purchasing to verify this chassis use standard laptop form factor SATA drive for storage. (Unlike the last compact Dell I bought.) Once I got it home, it was easy to work on this machine designed to be easily serviceable as is most Latitudes. A single screw releases the back cover, and the HDD was held down by two more screws. With only three screws and two plastic modules to deal with, this SSD upgrade needed less than five minutes to complete.

But since I had it open anyway, I spent some more time looking around inside to see signs of this laptop’s prior life. 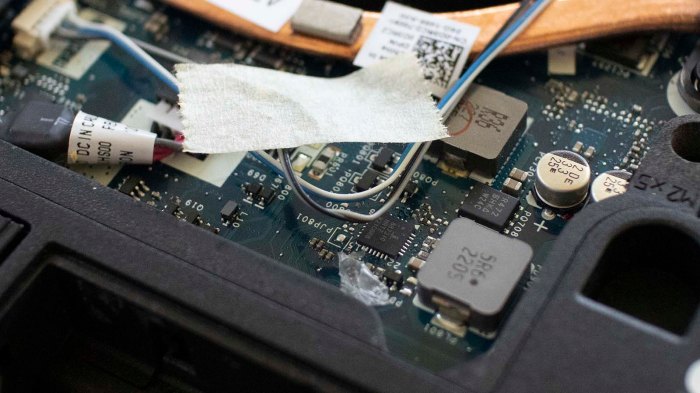 There were a few curious pieces of debris inside. A piece of tape that presumably held down a segment of wire has come loose, and the adhesive is not sticky. This is consistent with aged tape. There was also a loose piece of clear plastic next to the tape. I removed both.

The CPU fan had an fine layer of insignificant dust clinging to its surface. I would have expected an old laptop to have picked up more dirt than this. Either the buildup has been cleaned up (and the cleaner ignored the tape and clear plastic) or more likely this laptop spent most of its time in an office HVAC environment with well maintained dust filtration.

The HDD that I removed was advertised to have a copy of Windows 10. But where is the license? Computers of this vintage may have their Windows license embedded in hardware. Though this is less likely for business line machines, as some businesses have their own site license for Windows. I installed Windows 10 on the SSD and checked its licensing state: not activated. The Windows 10 license is on that HDD and not in hardware. That’s fine, I intended to run Ubuntu on this one anyway, so I installed Ubuntu 18.04 over the non-activated Windows 10.

Once Ubuntu 18.04 was up and running, this machine proved quite capable. All features appear to be usable under Ubuntu and it is easily faster than my Inspiron 11 3180 across the board. It is a bit heavier, but much of that is the extended battery and might be worth the tradeoff.

Overall, a very good deal for $149 and my new ROS robot brain candidate.