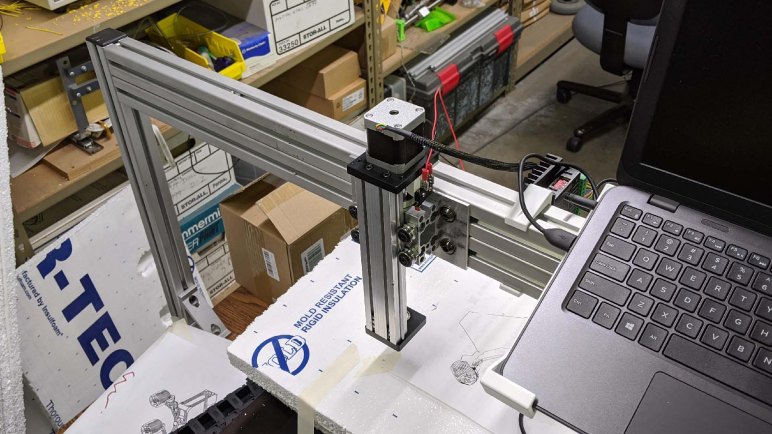 Fourth iteration of Z-Axis was mounted expediently for the pen plotter test, where we found the ball screw was bent but everything else looked good enough to proceed. Following that success, I will make a better mount for this linear actuator to solve some problems with the quick test configuration we had used. 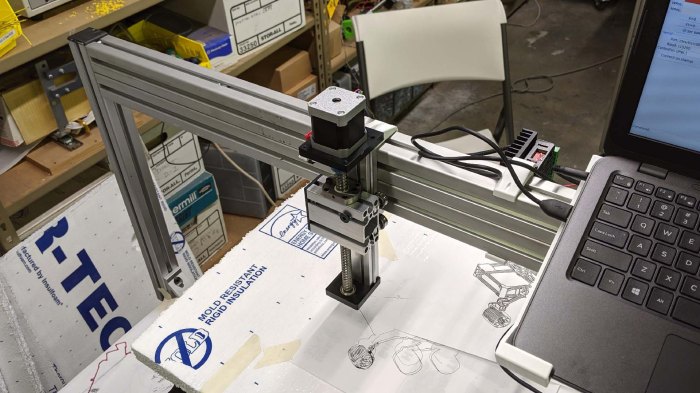 Problem #1: the test mount was a 3D printed plastic bracket. The best thing that can be said about the rigidity of the mount was that it is better than tape. 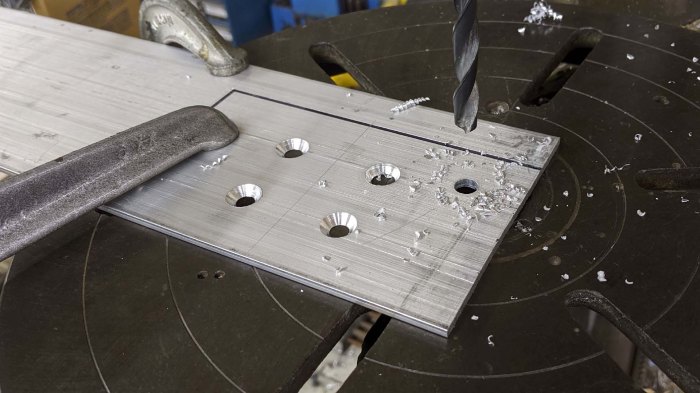 A scrap piece of aluminum was drafted for this purpose. Holes were drilled by hand for fasteners. The accuracy leaves something to be desired, but the hope is that the machine will eventually get to a point where it can make a superior replacement for itself. 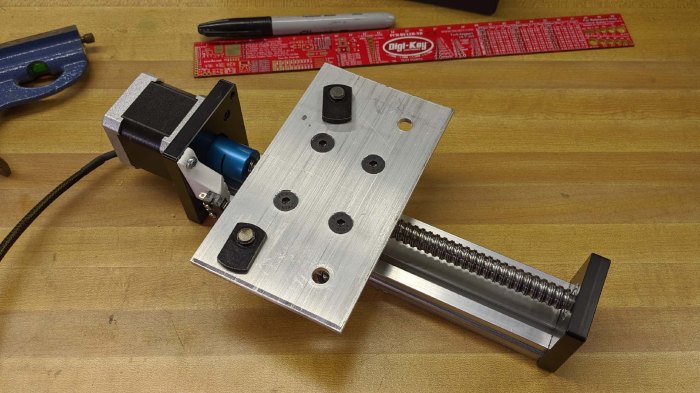 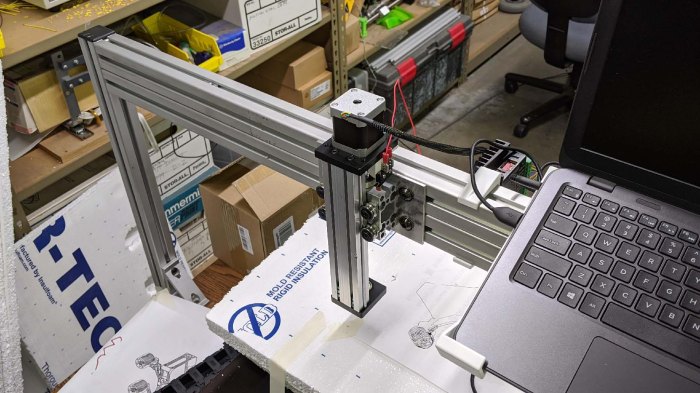 Installation complete. Now when the tool moves up, the rest of the Z-axis moves up and out of the way with it. It is now ready for a CNC spindle.