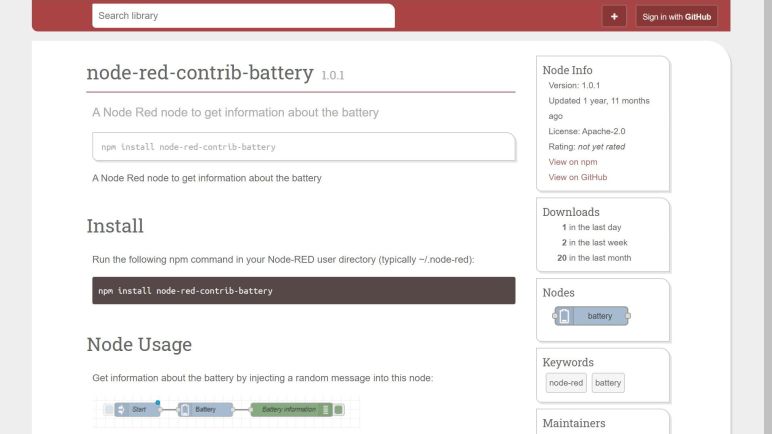 When I discovered Node-RED and its vast library of community contributions, I checked for several pieces of functionality that might enable several different projects ideas on my to-do list. One of them was the ability to query battery discharge level on a computer.

This was a follow-up to my earlier project assigning a Samsung 500T tablet to display an ISS track around the clock. When I last left that project, I modified the tablet so it runs on my small solar power array. But the arrangement was not optimal: the tablet is constantly pulling power from the array storage battery, instead of contributing its own battery to help store solar energy.

I had the thought to integrate that battery in an automated fashion. There are several ways it could go, but an important data point is battery discharge level. It is the key piece of information in any algorithm’s decision to charge the tablet during the day and let it run on battery at night.

This is something I knew I can accomplish by writing a bit of code. I need to find the APIs to query battery level, then I need to write code to extract that information and do something with it. None of that were technically challenging tasks, but I never allocated the time to do it.

Now I have Node-RED and its library of tools, which included node-red-contrib-battery purported to report battery information in a common way across Linux, MacOS, and Windows. If it works as advertised, all that battery query coding I kept putting off could be as simple as hooking up some nodes. It’s definitely worth trying.