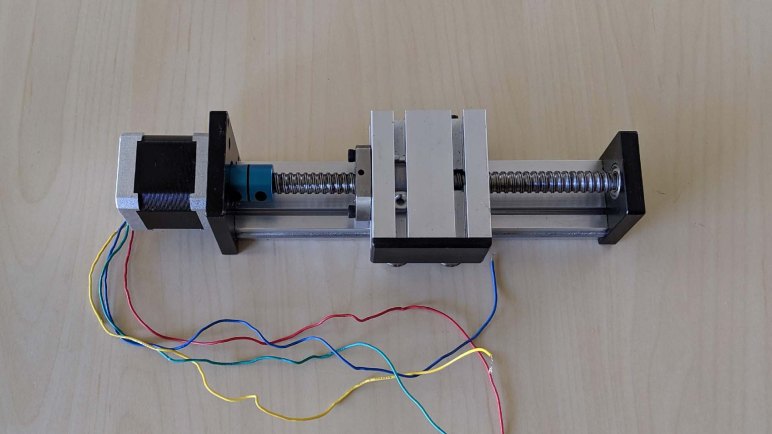 This whole project started with a pair of salvaged Parker linear motion stages, bolted at right angles to each other. That formed X and Y axis which has always been the center of the project, but there has been a few iterations on a Z-axis. Shortly after squaring away 12V power for the third iteration, we already have a candidate for number four.

This linear stage was retrieved from a pile of retired electronics & hardware due for recycling. The main reason it is interesting is because of the ball screw at the heart of the mechanism. If this works, it would have less backlash than the ACME leadscrew of iteration three, and certainly higher precision than the belt drive mechanism of iteration two.

The tag at the bottom says DBX1204-100. Plugging that into a web search found it and several very similar items broadly labeled as “100mm Linear Stage Actuator”. Here’s one example (*) among many. Starting at about $65 USD, they are pretty affordable. A closer look unveiled a few factors contributing to this price. The first is the bearing at the bottom (under the tag in this picture) which appears to be a commodity 608 form factor bearing. These bearings might be highly precise… or they might be out of tolerance QA rejects and there’s no way to know. 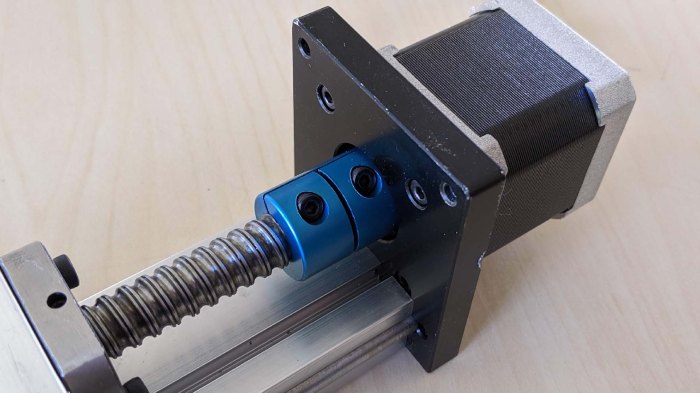 A similar mark is the top end: the commodity sized NEMA17 stepper motor’s internal bearing directly handles the top end, mounted with a rigid coupler that will not adapt to misalignment or slack. This simple design makes things cheap, but it also means precision alignment will vary as wildly as the range of quality found at these mass commodity sizes. 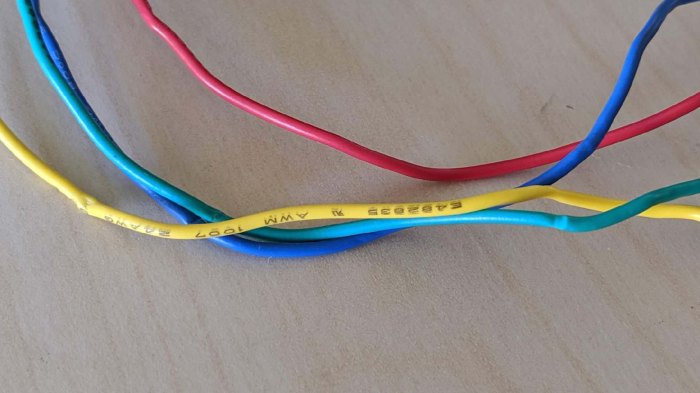 Beyond the design considerations, we looked over this specific unit for reasons why it might have been retired. The wires seem to have been routed through some tight spots, with pinch marks showing on insulation. A bit worrisome, but an electrical continuity test passed so they should still work well enough.

We’re more worried about this. This gouge in the backbone aluminum beam implied this assembly absorbed an impact of some sort. Did this damage retire the assembly? Or was it injury from being thrown in the retirement pile?

Regardless of these question marks, this mechanism will become the fourth version of the Z-axis. Mainly on the promise of its ball-screw accuracy. And if it doesn’t work out, we’ve got more Z-axis candidates and worst case, replacements are affordable. Let the integration work begin!